I was pregnant with my son in 2014 and I can remember it like it was yesterday. He was the first boy on my husbands side of the family so it was very exciting. The weekend before I had my son my husband and I took part one of a two part prenatal class. Luckily he paid attention more than I did because the birthing videos were making me sick.

That Monday when I was getting ready for work my plug came out and he noticed what it was immediately (from the course). We went to labor and delivery and the doctor said I was not in labor but I could stay dilated for a few days. The next morning something was not right. I had a small trickle of water coming out of me so I went to labor and delivery. They told me my water had broken but I was not in labor.

Their plan was to transfer me to another hospital so I can wait a few weeks before my son needed to arrive. That sounded like a good plan because having a premature baby is scary for anyone let alone a first time mom. I got transferred via ambulance and got settled into the room. I met with several doctors, nurses and high risk doctors who all said they were going to try to have me wait a few weeks ( I was 34 weeks at the time). Around 10pm a doctor met with my husband and I and said that they needed to induce me because they were afraid of a risk of infection. Not exactly what we were hoping for but the health of our baby came first. 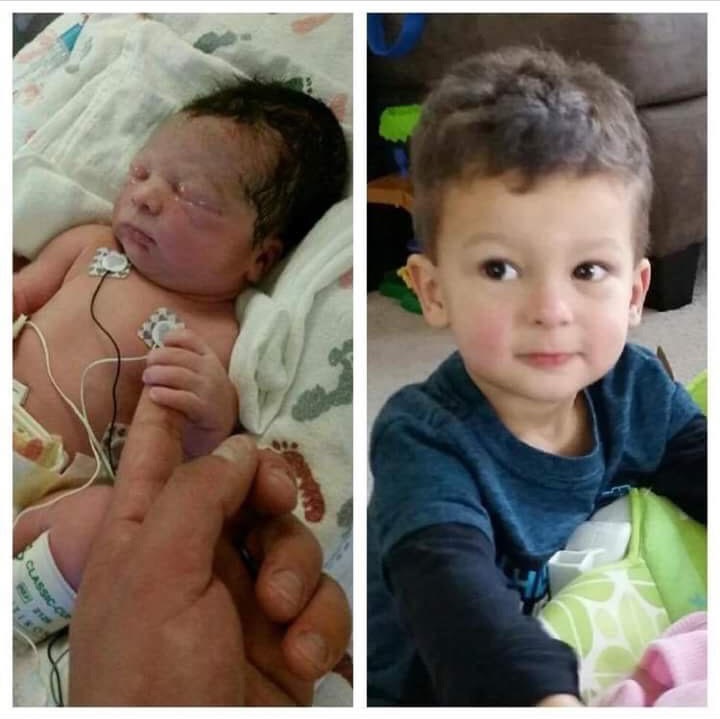 They started the medication to induce labor at 10pm and we had our baby boy on October 15 at 5:32 am. He weighed 5lbs 11oz. I got to hold him for a minute and then he got taken away to the NICU. Although our son did not need any support for breathing nor a feeding tube the experience was devastating. Driving an hour home every night without him was difficult. Those were the longest ten days of our lives. Any amount of time in the NICU never seems short. The nurses doctors and staff made us feel comfortable leaving our son there every night.  After our son was one we thought about having more kids but the question would always arise “What if the baby is premature, we could never go through that again.”

So we decided to see two specialists. They were unsure why I had premature preterm rupture of the membranes but both agreed that with close monitoring, weekly injections of progesterone and cervix exams to make sure my cervix wasn’t prematurely opening we would be fine. So we waited a year. In 2016 I became pregnant with our beautiful baby girl . I took every precaution the doctors recommend and I never did nor ate anything I wasn’t supposed to. Starting at 16 weeks I was getting weekly progesterone shots every Wednesday from a registered nurse.

On Thursday September 1st I woke up feeling very tired. I went to the bathroom and saw a little blood. My husband called the doctor and they said to come in when the office opened. I then began my day. A few minutes later I went to the bathroom and my water had broke a little. I didn’t think much of it so my husband said let’s go to the hospital to make sure you are ok. We packed up my almost two year old son (still dressed in his pajamas) and we left. As we were driving my water broke more and more. I was unfamiliar with any of this because with my son I didn’t have the same symptoms. We got to the hospital and the security guard said “we have an active labor.” I told him there is no way I’m in labor… I am only 30 weeks pregnant!

I remember feeling contractions but I kept telling myself this isn’t it. She can’t come now this is too soon. The doctors reassured me that we could wait longer. By that time I had no more fluid left in me and she was breached. They decided to transfer me to another hospital because their NICU is one of the best and this hospital did not have a NICU. When I left the hospital I was 3cm dilated. I remember the ambulance ride being the most terrifying experience. I kept looking at my phone telling the nurse that I was having stomach pains every thirty seconds and I felt as though I was going to pass out. The forty minute ride seemed like days. We got to the hospital and I felt like I was going to die. The doctors said I was 10cm dilated and her butt was out.

Before I could even process what was going on I was rushed to an operating room and it felt like they had me on the table within ten minutes of arriving to the hospital. I couldn’t believe it. How could my baby be born so much earlier than my son? What was going on? I was so upset knowing this was happening again and she was going to be worse off than him. Before I could even enjoy my last seconds of being pregnant she was born. I remember the NICU doctor bringing her to me for one second. Our baby girl was 3lbs 14oz. Both of our babies were born with a full head of hair. 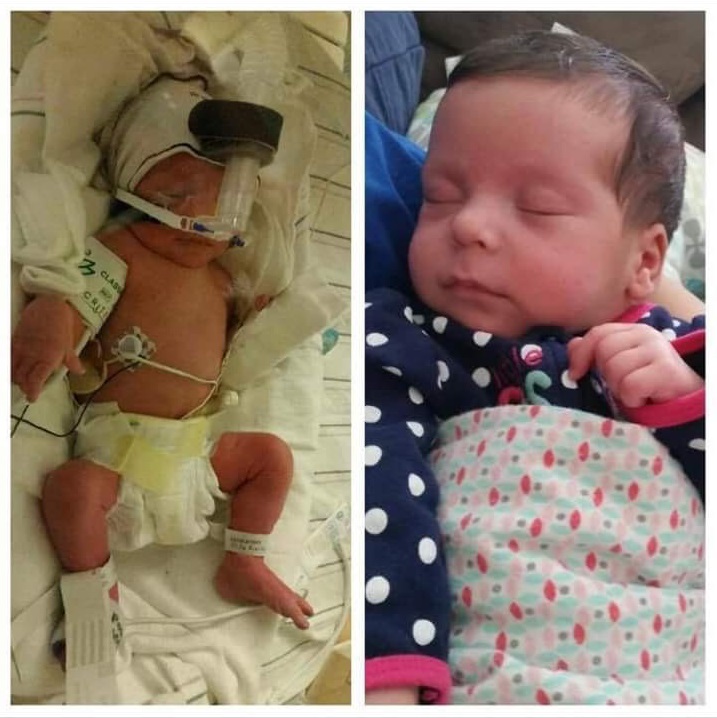 The next day after recovery I was able to see her. She had a cpap machine, an iv, a feeding tube, monitors etc. it was so upsetting to see her that way. Eventually she was able to breathe on her own and eat from a bottle. They always said girls do better than boys. She was a real fighter. She was there for 54 days. Even though she was there longer than my son I feel like I was sort of okay. I knew the nurses and I knew the care they would give her was the best. Every night on my way home I would cry for my hour drive. My heart was hurting to leave her there and it was also hurting to leave my son everyday. I felt like I couldn’t be a mother for both at once and I felt torn.

The friendships I made with the nurses in the NICU are everlasting. I may not have had the experience every mother gets by holding their newborn right after they are born and getting those picture perfect first time pictures, but I have memories they will never have. They weren’t able to see tiny miracles being formed. Babies that were not supposed to be here thriving everyday and learning how to eat and breathe on their own.