Hi, my name is Emily Howard and no, I’m not a parent. I’m the preemie. I am now twenty-two years old and here to give all preemie parents support and hope from a different perspective.

I was born on August 15th at 32 weeks, weighing 4 pounds and 15 ounces. Now remember technology was much less advanced twenty-two years ago. I was immediately admitted to the NICU. While there were many uncertainties, my parents called in their church’s priest who came to baptize me within hours. They frantically looked through a phone book to find a name for me. I am forever Father Bob’s “August 15th Miracle Baby” and I hold that relationship very close to my heart. I had many ups and downs while in the NICU. From a nasal CPAP, being on oxygen, getting E. Coli, invasive candidiasis (yeast of the blood), necrotizing enterocolitis, a cardiac murmur, a feeding intolerance and anemia, it was a rough roller coaster for my family. Due to my level of sickness, I was put in a room with only two other babies that was darker and less noisy. One of the hardest parts for my family was not being allowed to hold me due to being in an incubator. After all of the antibiotics, spinal taps, blood transfusions, and much more, I was discharged eight weeks later.

Looking at myself and my accomplishments today, you would have no clue I went through all of this. I’m told preemie parents worry how it will affect their child for the rest of their life. Although I know every story and situation is different, I am here to tell you to not worry.

Have we questioned whether some injuries, anxiousness, or such are related to my premature birth? Absolutely. However, I have not let it hold me back in life. My whole childhood I was very athletic and advanced in academics. Starting in middle school I was selected for advanced classes. I was on the honor roll all four years of high school and graduated with twenty-nine college credits. I was on the varsity dance team, which earned me the role of captain, four state titles and multiple top ten national placements. I was directly admitted to the University of Iowa’s Tippie College of Business and graduated with a bachelor’s degree in Finance in just three and a half years. I was involved in student organizations and even held an executive board position for one year. Now, I have a great fulltime job at the headquarters office of a financial institution. 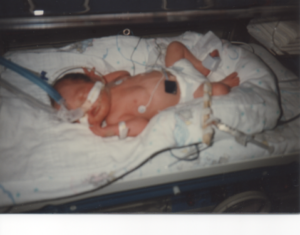 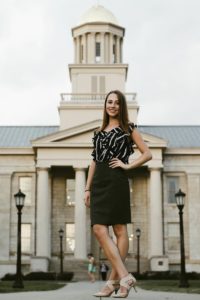