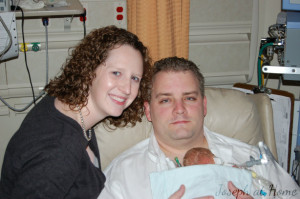 Being a preemie parent was something I always assumed happened to other people. I thought you had to do something wrong to give birth prematurely.

When my husband, Scott, and I found out we were expecting naturally conceived fraternal twins, we were told they may come five to six weeks early. We never prepared for the idea they would come any earlier. I did everything I was supposed to do to remain healthy. I ate all of the right foods when I wasn’t plagued with morning sickness, I rested, I stayed off my feet as much as possible for a teacher, I took my prenatal vitamins religiously. These babies would not be early – not even five or six weeks.

In the wee hours of Halloween morning 2009, three days after my 24 week OB/GYN appointment, I woke to a dull backache. I thought nothing of it as I had sat on some rather uncomfortable bleachers the night before at a high school football game. The back aches became more and more regular and more intense as the hours progressed.

After calling my doctor three hours after the backache began, my husband and I made our way to the hospital. It never crossed our minds to pack a bag – we simply went to the hospital with the clothes we were wearing. On the way to the hospital, we weren’t in a rush as the pain I was experiencing was nowhere near as painful as I expected labor to be (that changed a couple of hours later). Scott and I talked about how I could possibly be on bed rest for the remaining weeks of my pregnancy. Never once did I dream I would give birth just three and a half hours later.

We arrived at the hospital at 3:58 am and made our way to triage in labor and delivery. I was not panicked so the nursing staff did not panic. Things seemed to be moving in slow motion. All I wanted to do was to go home, take a nap, and prepare for the Halloween party we were going to that evening.

While my husband was sent to registration, it was discovered that I was 4 centimeters dilated and in active labor. IVs of magnesium were started and I was practically placed on my head in order to take all pressure off my cervix. While I was on magnesium, I dilated from four to six centimeters in 20 minutes. There was no way labor could be stopped.

Campbell could not overcome his extreme complications from prematurity and passed away after 23 beautiful days of life. Joseph had an extensive 228 day NICU stay that included a rare onset of late Necrotizing Enterocolitis at five and a half months of age. 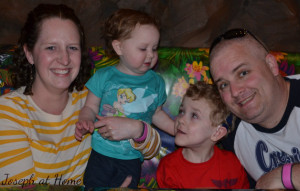 But we are. We came through those dark days. I am proud. I am proud of our preemie. I am proud of every, single thing he accomplishes – no matter how big or small. Because there were countless times we were told Joseph “can’t” or “won’t”, it makes all of his accomplishments that much sweeter. He continues to beat the odds that were set before him. I couldn’t be more proud to be a parent of a preemie.