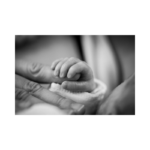 How a Premature Baby Can Qualify For Disability Benefits

A premature baby can have serious health problems that require one parent to stop working and be the person in charge of the baby’s health care. During this stressful time the last thing new parents need is the financial strain that can come from losing an income. The Social Security Administration’s Supplemental Support Income program may be able to help ease that burden for parents. 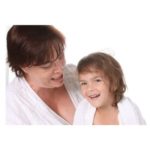 I was asked recently to provide my thoughts on preparing for and surviving Eliza’s IEP as she transitioned from preschool to Kindergarten.  Much of relates to life in New York City, but may be helpful if you live outside of the city or state. And as always, your mileage may vary: 1. Get a neuro-psych […]

In January 2017, we found out we were pregnant. But over the next several months, a complicated pregnancy wreaked havoc while the life inside fought right along with me. He came early, weighing in much smaller than a baby his age should have. Minutes later, NICU parents were born. And a new journey began. It […] 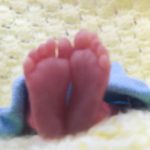 Living Through the What Should Have Beens

Today’s post comes from preemie mom Nicole, who had to say goodbye to her preemie son, Kade, far too soon. The experience is one that has already taught her a lot, and she is graciously sharing her thoughts and feelings in case it can help new parents dealing with the loss of a preemie. It’s […] 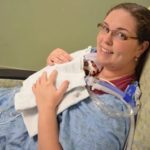 It’s simply a fact that premature birth turns a family’s world upside down and tests the limits of their resilience. Parents of preemies face challenges that most people can’t even imagine. So it’s only natural that your baby’s early arrival can leave you feeling stressed out and frightened. Some of your fear may fade as […] 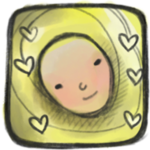 What inspired the creation of the MyPreemie app? The app was a natural evolution from our book Preemies: The Essential Guide for Parents of Premature Babies. It doesn’t substitute for the book, but complements and adds to it, putting at parents’ fingertips, right on their mobile devices, key information, tools, and emotional support they need […]

How Much Will You Tell Your Preemie about Their Premature Birth?

When kids reach a certain age, it’s not uncommon for them to express an interest in birth and babyhood. For parents of preemies, this phase – in which baby books suddenly become more popular than story books – can be a tough one. The reality of premature birth isn’t always pretty. And sometimes premature birth […]

What I Learned When We Lost Our Preemie

Today’s post comes from preemie mom Nicole, who had to say goodbye to her preemie far too soon. The experience is one that has already taught her a lot and she wanted to share what she has learned so far in case it can help new parents dealing with the loss of a preemie. On […] 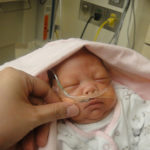 You Know You’re a Preemie Parent in the NICU When…

…you measure your baby’s weight in grams. And the answer to “How old is your baby?” is a story, not a number. You sometimes feel more like a nurse than a mom or a dad. You’ve thought about buying stock in hand sanitizer. Five pound babies look huge, and eight pound babies look impossible. Of […]

The people in your life may offer you an amazing amount of sympathy and support when your family is in the NICU after premature birth. After all, it’s easy for them to see that your newborn or infant has needs that are different from those of a full-term baby when your family is being cared […]