Thoughts On Celebrating a Preemie’s Birthday

This post comes from Graham’s Foundation Preemie Parent Mentor Brandi – many parents will be able to relate to her experiences celebrating her preemie’s birthday, which have come with ups and downs. 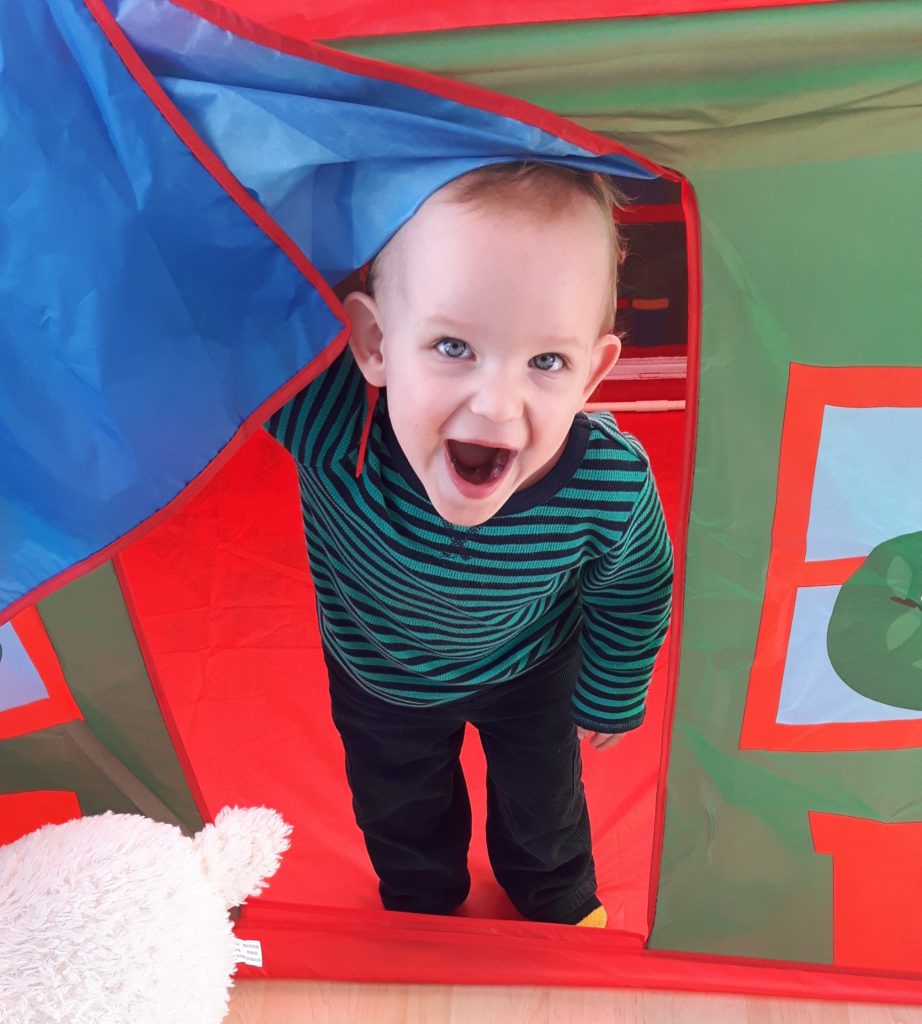 This is the first birthday where I am not propelled backwards into memories of a pregnancy cut short, of the uncertainty and disconnect I felt while watching my son in his isolette, of feeling solely responsible for not being able to carry him to term.  I consistently monitored the developmental milestones to see where he may be falling short.  Overall, he was doing really well.  There were no major issues. His health was good.  When he got sick, it easily went to his lungs and we needed to use a nebulizer.

He has come a long way in the two years.  Just by looking at him, you couldn’t tell that he was a preemie. He is a taller two year old who weighs 30 lbs and I am still amazed that we both are here. My son’s birth was by emergency cesarean section at 29 weeks and 0 days, due to Pre-Eclampsia and Hellp, weighing in at 2 lbs 13 oz and was 17 inches long. I got steroid shots for his lungs, but they didn’t really help much. He ended up on the Jet Ventilator, medically paralyzed with three pneumothoraces (chest tubes taking out extra oxygen from his chest that has blown out of his lungs).  I could just put pressure on his skin and not gently rub it. I didn’t get to hold him for a week and half because he was too unstable.  They didn’t even weigh him or change his isolette then. My husband and I went back and forth between the hospital and the Ronald McDonald House (where we were staying). Our new normal consisted of rounds and sitting by his bedside and figuring out pumping, bills, who to look after our stuff and what our new routine was.

Fast forward to now, and we are just checking in with our NICU doctor on a yearly or bi yearly basis.  We are still doing check ins with our We are trying out a different and more full of sound world because he had to get ear tubes in the end of December. I am pointing out a variety of different sounds to see if he can notice them and hear them. Now, it is a bit of a waiting and seeing “game.” When I was told by the audiologist that he failed the hearing test, even though our failing marks before would have been 30% and this time was more around 60%, I broke down. I ended up crying and was visibly upset.

But her response was amazing. She told me the best case and the worst case scenario- he just needs more time and more interaction with sounds to see if he can notice them and respond, or we need to get another test done where he is put under anesthetic and they test the nerve and auditory part of the brain. At worst, he has some hearing damage. At best, he just need more time to experience the world as a fully hearing boy.

I feel excited. I feel amazed. I feel thankful.  My son is a boy who didn’t have a choice about starting his NICU journey, but he is doing wonderful on it.  It has been and probably still will be a lot like a roller-coaster ride, but I wouldn’t want to ride through this with anyone else.