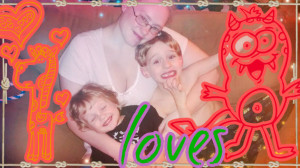 Today’s guest author, Jamie Lynn, can be followed on her personal blog.

I am a mother of two amazing little boys. I had my first son, Kairael at 37 weeks in 2008. I am a brittle diabetic and spent quite a lot of time in and out of the hospital during my pregnancy. I went into labor the night before I was scheduled for a c-section. My water broke and meconium was present. My blood pressure sky rocketed and I was rushed to a hospital where high risk doctors could assist me and the NICU doctors could make sure my son had not aspirated. Kai was 8 pounds and born via c-section. Because of the medications I was given for my blood pressure and the c-section, I could not go see my son in the NICU the first day. My husband went back and forth taking pictures and videos of us for the other to see. Kai spent a night in the NICU with low blood sugar, but has grown into a healthy little boy.

My sugars got worse after I had him. They told me that I shouldn’t have more children. I spent many, many months in and out of ICU with ketoacidosis, almost dying several times. Nothing we or the doctors did seemed to help. I had been in ICU in Feb 2012, almost dying of carbon monoxide poisoning caused by high ketones. When I got home I felt off and went to the doctor. I found out I was pregnant again. 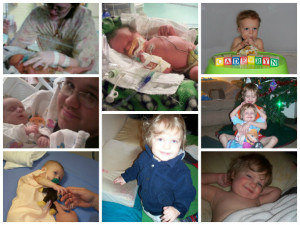 Throughout my pregnancy, I was in and out of the hospital – mostly in the high risk unit of a hospital an hour and a half away from my home, my husband, and my beautiful boy. At 26 weeks, I was flown from the local hospital by helicopter to the high risk hospital due to extremely high sugar. I spent eight weeks in the hospital. My husband and Kai could afford to come see me once a week. They then fell ill with the flu and missed a week. I was lonely. They called every day, multiple times, and that helped. On Halloween, I was walking back from the craft room and passed out in the hallway. The doctor decided to do an amnio and check my baby’s lungs. He said that the baby and I were both in danger and my staying pregnant longer could kill us both. The test had positive results and at 34 weeks pregnant, my second son Cadewryn was born via c-section.

He was on a respirator the first day. When they told me, my heart sank. I had two severe anxiety attacks in my room because I couldn’t walk yet and they didn’t have the man power to take me to him. Eight hours later, my son was on room air. I began to walk as soon as I could move and went to hold him that night. He had trouble gaining weight and had a feeding tube. He also had severe deceleration with his heart while feeding. He was in the NICU 3 weeks before we could take him home. At home he still had trouble gaining weight and less than a month later, was in the hospital for failure to thrive. He was released just in time to come home for his first Christmas. The following January he was back in the hospital again. He lost weight and would scream while eating and after eating. 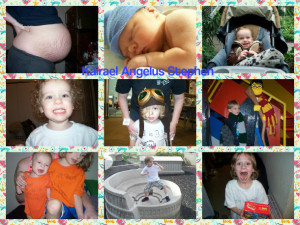 They diagnosed him with failure to thrive and extreme reflux after a myriad of tests that included a MRI they had to sedate him for. He was put on medication and special formula that helped the pain and maintaining a steady weight. Due to his stomach issues, he was delayed with tummy time and crawling. Being a preemie was also a factor. He finally walked on his own at 22 months. Now he is a chubby two and a half year old who is happy and bubbly and smart.

My health after his birth was not good. I was in and out of the hospital so much I didn’t think my baby even knew me. They finally put me on an insulin pump and my quality of life is 1000 times better.

Kai has ADHD, anxiety and (like his father and I) suffers from PTSD caused by both dealing with his brother being so sick and being so scared of losing him. My health, constantly having mommy in the hospital, and being afraid I will die took a toll on him. He is home schooled because the local school system treated him poorly with regards to his mental health. They treated him like a bad kid, not one who needs help. He is doing much better by being taught at home and being with his family. He is an excellent big brother.

Even though life has been hard and we still struggle with my health, my husband’s health, and the health of both boys, we are lucky and we are blessed. All the people who were there for us and helped us, all the doctors and nurses that saved us, they deserve all the thanks in the world. My journey is far from over but I look forward to the days ahead.