I would like to share the story of my son’s journey into this world as an effort to provide courage, strength, and a sense of hope for other parents. I’m an active duty Navy Nurse, with my primary area of specialty being ER and Peds. I see a lot of tragedy and pain every day in my job. However, I didn’t fully understand that aspect of my job nor was I able to fully empathize with my patients until my son was born.

I found out I was pregnant after trying for only 5 months; however, I was preparing to move from San Diego to Guam when I found out about my pregnancy. My husband and I moved to Guam, on my Navy assignment, in May of 2009. On 4 Aug 2009, our world changed dramatically. Upon the start of my shift at the hospital that morning, I wasn’t feeling well at all. So I had one of my co-workers to check my blood pressure and it was off the charts.

Within 24 hours, my husband and I were medavaced (emergently flown off the island) on an Air Force C-130 from Guam to Hawaii and Tripler Army Medical Center. We had only 2 suitcase with us, and no idea how long we would be in Hawaii or any plans beyond that (were we were going to stay, etc). Which included my husband leaving his civilian job as soon as we found out that I was been flown off the island.

Did I mention, that I was only 24 wks pregnant at this point?

Within 2 days of my arrival in Hawaii, my son was born on 6 Aug 2009 at 23:39. I will never the forget the feeling of complete devastation when the DR came into my room that night, and she notified me that due the change in Riley’s condition he would have to be delivered my emergency c-secion. I’m a nurse, and knew all the badness that my baby would have to endure, should he even survive this journey. My level of hope for a positive outcome to our journey at this point was little to none…I honestly didn’t think he would survive and if he did I didn’t have hope for a healthy life. 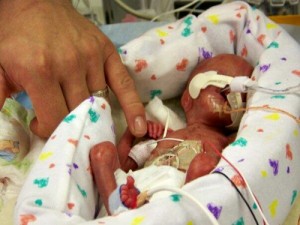 When he was born he weighed 1 lb 2 oz and was 12.5 inches long. Not only was he premature but he was immature for his gestational age. His eyes were still fused. The reason for this was severe preeclampsia. I was an active duty (and still am) service member… I was a healthy person and like many preemie moms had no risk factors for such a diagnosis. As a mom who endures a premature birth, one of your 1st coping mechanisms is to blame yourself, and I really had trouble with that up until Riley was safety discharged from the NICU. 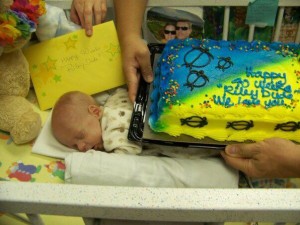 Before that happened, though, Riley had several bumps in the road: he was intubated and on every level of ventilatory support available, he had meningitis and sepsis, he had some grade 1 bleeds in his brain that eventually resolved on their own, he developed ROP and had the corrective surgery, as well as a hernia repair.

In total, Riley spent 111 days in the NICU, and went “home” with my husband and I on no monitors and no oxygen! 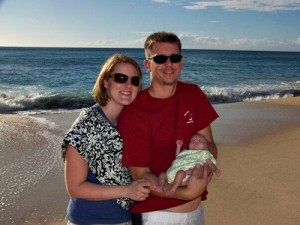 Riley will be 5 years old in Aug, and he’s a PERFECTLY healthy little guy. He’s super smart, and I’m not just saying that because I’m his momma. He can read already and knows how to spell many words beyond that of normal kids of his age level. He does wear corrective lenses, but that is it. My son statistically had little chance for such a successful outcome, but here we are 5 yrs later with our only hospitalization and major health event in his life being his birth and NICU stay. 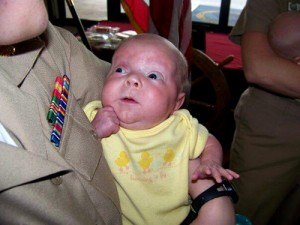 As a medical professional I truly believe there are several reasons why my son had such a successful outcome. The number one reason being the AMAZING NICU staff at Tripler Army Medical Center. The staff encouraged patient and family centered care, and placed no restrictions on the amount of time that we were allowed to be at our son’s bedside (complete open visitation policy). My husband and I were a constant presence at his bedside. The Navy provided us with the ability to do this financially – during this journey my husband and I stayed at the Fisher house (which is equivalent to the Ronald McDonald House) on the grounds of the hospital, which was only 5 minutes away from my son. 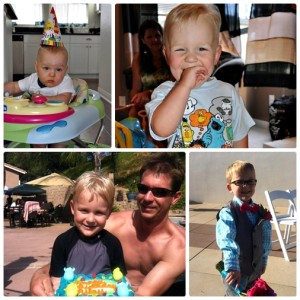 Furthermore, the staff supported and constantly provided encouragement for breastfeeding. I began pumping immediately after recovering from the meds given to me during my c-section. And the staff took interest in us as a family and as people. They knew we were far…far…far away from home and provided us with activities around the island as a form of decompression from all the stress. I truly believe without the NICU staff of Tripler my son would not be here today.

A while back Parents of Preemies Day posted to its wall and asked “Today, we’d love to hear about someone special who made your NICU stay or transition home a little easier just by showing you they cared”…Tripler NICU staff were those people along with my chain of command in the Navy. I know my story is lengthily but I wanted it share it not as a source of sympathy or attention, but as a story of hope and encouragement for others going though what we went through. There were days in the NICU when didn’t think I would take my baby home, and for a long time I resented pregnant women.

The way for me to cope and recover from my son’s traumatic birth and the loss of my “normal, healthy” pregnancy is to share my story. Thank you so much for letting me do that!