Each year at Tinis for Preemies, Graham’s Foundation presents the Hope, Resilience & Miracles Awards to a select group of individuals/organizations who have positively impacted the prematurity community. This year, we’re honored to have Deanna Fei, Author of Girl in Glass and a preemie mom, presenting our Hope award.

We’re honored to recognize the contributions Dr. Mia Doron, Dana Wechsler Linden, and Emma Trenti Paroli have made in the lives of parents of premature babies. These three dedicated women came together with the lofty goal of supporting parents of preemies on their journeys with not only comfort but also empowerment. What they created to meet that goal was a guidebook – sometimes called the definitive guide to prematurity for parents – that has touched the lives of moms and dads across the world.

Dana and Emma are parents who have “been there” – and also happened to be there together, in the very same New York City NICU, at the same time, as their own preemies were roommates. Their personal journeys weren’t easy. Dana’s twins Elena and Maya were born at 28 weeks, and Elena survived only 10 days. Emma’s son Luigi was born at 29 weeks and required brain surgery early on. There in the NICU, the two moms – who were also both journalists – found comfort in each other, talking about the isolation and anxiety parents of preemies feel and the fact that the resources for parents like them were sorely lacking.

What initially blossomed out of those early conversations was one of the first networks just for parents of preemies. And then, along with Dana’s sister Mia, a neonatologist with 20+ years of experience working in newborn intensive care units, they wrote “Preemies: The Essential Guide for Parents of Premature Babies,” first published in 2000. In what became a go-to guide for preemie parents, they answered nearly all of the questions both big and small that moms and dads have at different stages of the prematurity journey, from high-risk pregnancy all the way through preschool.

“Preemies: The Essential Guide” is now in its second edition, which speaks to Dana, Emma, and Mia’s ongoing commitment to making sure that parents of premature babies have access to high quality information that’s easy to understand. And a few years later, our three honorees collaborated on a new project inspired by the same desire for widespread preemie parent empowerment. Their MyPreemie app, released in 2013, is a one-of-a-kind complete mobile toolkit supporting the practical and emotional needs of families of preemies in and out of the NICU. In 2014, Dana, Emma, and Mia generously gifted the MyPreemie app to Graham’s Foundation.

These three women have made an enormous impact on the lives of parents of preemies, both directly with “Preemies: The Essential Guide” and indirectly with their ongoing efforts to make sure that moms and dads everywhere have access to information, reassurance, and support. We are incredibly grateful for all they’ve done and for their continuing commitment to helping parents navigate the challenges of premature birth.

Dana Wechsler Linden is co-author of the book Preemies: the Essential Guide for Parents of Premature Babies and co-creator of the MyPreemie app. She gave birth to premature twins. Elena died when she was ten days old in the NICU. Maya is now a sophomore studying engineering at Cornell University. Ms. Linden is a former Senior Editor of Forbes magazine, where she wrote many cover stories on business issues, CEOs, and the world’s leading companies. Currently she writes freelance articles on health and medicine for the Wall Street Journal. Ms. Linden is a graduate of Harvard College and Harvard Business School, and lives in New York City with her husband and, when they are home for vacations, with daughters Maya and Tess (a full-termer). Ms. Linden is Dr. Mia Wechsler Doron’s sister.

Emma Trenti Paroli is a New York City based free-lance writer. She is the co-author of the book Preemies: The Essential Guide for Parents of Premature Babies, and the co-creator of the MyPreemie app. Previously she was a medical news correspondent to Italian news organization. Her professional life  — as well as her personal one — took a turn when she gave birth to her son very prematurely and met another journalist, Dana Wechsler Linden, in the Neonatal Intensive Care Unit where both her baby and Dana’s were hospitalized.  Since then, Emma’s writing has been focused on giving information and support to parents of preemies from the point of view of someone who went through the same harrowing experience.  Emma holds a master in Political Science and Journalism from the Universita’ Cattolica del Sacro Cuore of Milano and her son is a sophomore at Carleton College, Northfield MN.

Dr. Mia Doron is a neonatologist, co-author of the book, Preemies: the Essential Guide for Parents of Premature Babies, and co-creator of the MyPreemie app. She is an Associate Professor of Pediatrics at the University of North Carolina at Chapel Hill where she has worked as an attending physician in the newborn intensive care unit; taught medical humanities; co-chaired the hospital-wide ethics committee; and conducted clinical research on decision making for critically ill infants. Dr. Doron received her medical degree from Duke Medical School and has a master’s degree in theology from Harvard Divinity School.

Miracles: Creating a Better Future for Preemies and their Families 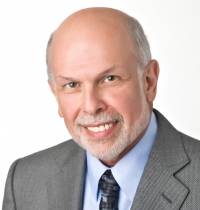 We’re also honored to recognize the contributions Dr. Alan R. Spitzer has made to the field of neonatology. His popular textbook, “Intensive Care of the Fetus and Newborn”, his book “Fetal & Neonatal Secrets” (which he co-authored with Dr. Richard A. Polin), and the more than 200 peer-reviewed research articles and textbook chapters he has collaborated on have shaped not only the medical care preemies have received but also the way that doctors, nurses, and specialists interact with the families of the babies they treat.

What sets Alan apart from other doctors and researchers are his experiences on the other side of the isolette. His grandson, Jacob, was born at 30 weeks and suffered from a severe lung disease. Ultimately, Jacob was transferred to the NICU at Stony Brook where Alan discovered that the parent – or grandparent – journey was more challenging that he once realized. In a journal he kept during Jacob’s time in the NICU, he wrote: “I wonder how many times I too may have trivialized the fears of parents whose children were in my care.” – a line of thinking that inspired him to reconsider how he interacted with and shared information with the parents of babies in his care.

Since then, Alan has openly advocated for more parental participation in the NICU and better, more open lines of communication between parents and doctors so moms and dads can be more involved in their preemies’ medical decisions. And both “Intensive Care of the Fetus and Newborn” and “Fetal & Neonatal Secrets” have gone through multiple printings. Alan continues to work for better outcomes for preemies and for parents through his research and as a vocal supporter of the importance of solid relationships between preemie parents and their babies’ medical support teams.

We are incredibly grateful for this opportunity to say thank you on behalf of parents of preemies everywhere – most of whom will never know the positive impact Alan has had on their journeys.

Dr. Alan R. Spitzer is a prominent neonatal researcher and academician, and oversees clinical research as well as continuing medical education and clinical quality initiatives at the Pediatrix Medical Group. Dr. Spitzer has published extensively in the field of Neonatal Medicine, with more than 230 peer-review publications, book chapters, and editorials. He has had a special interest in the areas of neonatal lung diseases, neurological injury during the neonatal period, and infant apnea and Sudden Infant Death Syndrome (SIDS) throughout his career. Most recently, he has initiated studies that examine the proteomic evaluation of nutrition in the extremely low birth weight neonate, and outcomes and quality improvement in neonatal medicine. He has edited two textbooks, Intensive Care of the Fetus and Neonate, and Fetal and Neonatal Secrets (with Richard Polin, MD). The third edition of the latter book was published in October 2013. He was a practicing neonatologist for more than 25 years, and served as Chief of Neonatology at the State University of New York at Stony Brook, and as Professor of Pediatrics at Stony Brook. 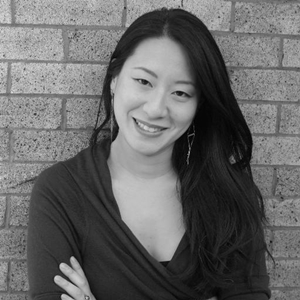 This year, we’re honored to have Deanna Fei, Author of Girl in Glass and a preemie mom, presenting our Hope award.

“Last April, my husband and I were invited by Nick Hall of Graham’s Foundation to a gathering in New York City for parents of premature babies. Our daughter, a 25-week preemie, had recently become the subject of countless headlines after my husband’s CEO publicly blamed her medical bills for company-wide benefit cuts. I had just broken through the trauma and isolation that had surrounded me since my daughter’s birth to defend her in an essay that went viral. I had spoken out on national TV to show the humanity behind the headlines. But, until now, I had never shared a table with other preemie parents to talk about the tragedies and triumphs that united us.

As we all recounted how our babies arrived in the world, I began to feel transformed by the support and solidarity from other parents. I began to understand how babies like ours not only challenge, but ultimately affirm our shared humanity. And I realized the true importance of Graham’s Foundation’s vision: “a world where no parent goes through the preemie journey alone.” Over the following months, as I researched and wrote my new memoir, GIRL IN GLASS, that evening turned out to be pivotal in my exploration of my daughter’s harrowing journey and parenthood at its most elemental. In bringing this story to the wider world, I hope to help other families feel less alone, as Graham’s Foundation has done for me.

This is why I couldn’t be more honored to join the committee for this year’s “’Tinis for Preemies” gala to benefit Graham’s Foundation. On October 1st, I will present the Hope Award to Dana Wechsler Linden, Emma Trenti Paroli, and Mia Wechsler Doron, the coauthors of PREEMIES: The Essential Guide for Parents of Premature Babies—an invaluable work that truly lives up to its title.

I hope you’ll join us in these vital efforts to support a unique organization that does so much to empower and support parents of premature babies through the most vulnerable and transformative time in their lives.”