He Made Me A Warrior 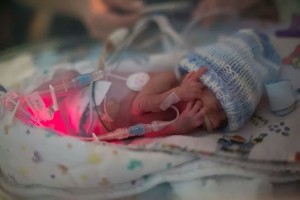 Today’s guest author, Missie, can be followed on her Facebook page (https://www.facebook.com/thereluctanttriathlete) or on her personal blog (noahsincrediblejourney.blogspot.com).

You’re probably reading this and in one of the 5 stages of preemie parenthood. Maybe you’re pregnant and you’re not sure exactly how long you’ll stay that way. Maybe you’re new to the NICU, learning what TPN, CPAP, NG, PDA, Brady, NEC and PROM stand for and how that will affect your life over the next while. Or maybe you’re the seasoned NICU veteran – you’re in a routine, you’ve become an educated advocate and you’re waiting for growth, feeding issues, something to clear up or happen so that you can enter the next stage of preemie parenthood. Are you home now? Learning that the cliché “prematurity doesn’t end when you leave the NICU” is so, so very true? {I sure was in denial on that one} 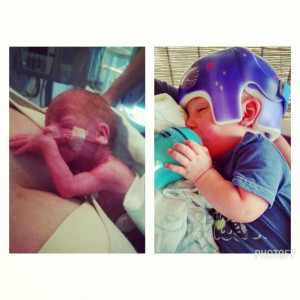 At one point, you’ll become the mentor – one with a 10 year old NICU graduate who has defied all the odds.

Wherever you are, you may still walk around with a dazed look on your face. From the initial shock and awe of learning you will have a child in the NICU, to coming home and realizing that prematurity really never ends. It gets better, different, but it takes over the early years of their lives and as such, your lives too.

We tried for over a year to get pregnant with Noah. Our daughter, Grace, was two and we were looking to complete our family. Early on, I was high risk due to endocrine issues, preeclampsia and a very difficult first pregnancy with Grace. (Did you know it’s possible to have morning sickness all day and night for 10 months?) When we found out we were pregnant, I hit my knees, praying and thanking God for knowing my heart and creating this new life.

My pregnancy started off normal – REALLY normal. No major morning sickness, only one Hyperemesis Gravidarum flare up that landed me in the ER for fluids. Suddenly, that all changed.  By 16 weeks, I was going every other week for ultrasounds with a high risk maternal fetal medicine team. Early on, we could see that the baby was not growing steadily or following any typical curve. Eventually we had a growth scan that determined that he was less than fifth percentile for growth. He was officially Severe Atypical Intrauterine Growth Restricted, or IUGR. That means a few things: more than 95% of babies at that gestational age are bigger than he is and his body is not growing in proportion to his head growth.

It can be caused by a few things – he could just be small – or there was something wrong. Something was very wrong. Blood flow to and from the baby was intermittent and at times, absent. We had blood tests done to determine if his IUGR was a result of a genetic abnormality or birth defect. Thankfully, they came back negative. For the next three weeks, I had weekly Doppler ultrasounds at a hospital 20 minutes from our house. It was a waiting game to see if his intermittent cord blood flow would get worse or better. At 26 weeks, 3 days, I was told I had an hour to get home, pack a bag and drive to a hospital 45 minutes away which housed a Level 3 NICU, where I would remain until Noah arrived. 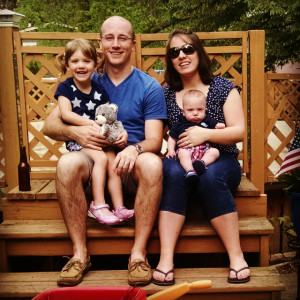 Bed rest is not the picnic you think it will be. It’s agonizing being so far away from your family. It’s boring and your once active body shuts down.  Not to mention the ‘food’. I could go on for days about my food service experience. Daily, I was monitored in a few different ways. The first 48 hours, I was given steroid injections and Magnesium Sulfate to boost vital organ function and reduce the risk of preterm labor and Cerebral Palsy. I was on IV fluids and had 24/7 belly band (non-stress test) testing, as well as oxygen, a blood pressure cuff and pulse ox on my finger.  I was locked, loaded and stuck in bed.  Then I was down to daily ultrasounds, meeting with both my doctors and the maternal fetal medicine team and non-stress test every 4-6 hours. Eventually I was able to get my IV out and move about the hospital for short periods of time. Every day, when they did the ultrasound, Noah was scored on a Biophysical Feedback Scale of 1 to 8. The lowest we had gotten for weeks was a 6 and he typically got an 8 out of 8. Each day, I both looked forward to the ultrasound and dread it at the same time. The what-ifs crept in, the anger, the fear, the anticipation and joy. I kept telling myself “Our family is growing and although it’s not how we expected, it’s okay. It’s only temporary. Long term, this will only be a blip on the radar.”

After a heartbreaking four weeks on bed rest, far from my husband, my daughter and my family and friends, Noah’s condition deteriorated. At 1:30 am, I was awoken to a team of doctors in my hospital room, informing us that the OR had been scheduled for 6am and we would deliver Noah that morning. We knew only a few things, though I had done so much research. Noah would probably survive his birth, but would not cry coming out. He would be in the NICU for 2-3 months. We would take every day as it comes and he will grow up to be a strong, normal and perfectly healthy son. And that’s all true, to a point. 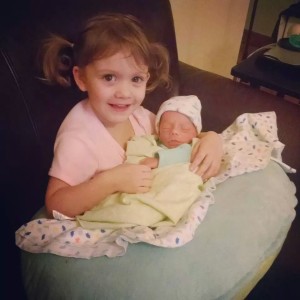 Born at 30 weeks, 3 days, Noah arrived with the loudest yet tiniest cry, weighing 1 pound, 10 ounces and spent 56 days in the NICU. We came home two weeks before his due date at four pounds exactly. He’s now 8 months old, 5 ½ adjusted, and weighs close to 15 pounds. Our home journey has brought with it hernia surgery, monthly dermatology appointments, pediatric GI specialist appointments, blood draws along with bi-weekly physical, occupational and speech therapy. We have developmental clinics at our NICU and more appointments than I can count some days. But it’s also brought smiles, laughter, triumph and joy. So much joy. He’s the perfect addition to our family and he changed me from someone who was tough and strong to an absolute warrior.  His gentle yet fighting spirit keeps me going and has changed me in ways I can’t put into words.

No one would choose prematurity but I’m blessed to be given the chance to be Mom to our amazing little man.
My advice to you, no matter where you are in your journey is this: Be present in the moment, know that this moment will pass and you’ll move on and make it through the next one. Be kind to yourself, you will do it all and it does not have to be pretty or perfect. The best is yet to come, it gets easier and it gets so much better. Lean on other preemie parents, use the resources that Graham’s Foundation and other organizations offer and know that you aren’t alone. You, too, are a warrior.