A couple of years ago I was on a work trip in California, and while most of the country was still in the economic doldrums, I noticed quite a bit of new construction taking place. Upon closer inspection I realized that many of these buildings were going to become new hospitals.

Hospital executives across the country have justified expensive renovation and expansion projects by saying they will lead to better patient reviews and recommendations. One study estimated that $200 billion has been spent over the last decade on new buildings. Patient opinions have become even more important to hospitals since Medicare started publishing ratings and basing some of its pay on patient surveys.

My work is focused largely on prematurity and where our babies are cared for. Children’s hospitals and neonatal intensive care units have seen an explosion of growth and expansion over the last decade, which was well documented in a story in Business Insider: Prematurity Rates are Too High and Children’s Hospitals are Cashing In.

In the Kaiser Health News report, Growing Size And Wealth Of Children’s Hospitals Fueling Questions About Spending, Martin Gaynor, an economist at Carnegie Mellon University who has written extensively about hospital spending, says he was stunned when he toured the new Pittsburgh hospital.

“I couldn’t believe it,” he said. “It’s a beautiful, beautiful facility. It’s a very nice facility for the families and kids.

“It’s a very awkward question to ask,” Gaynor added, “but at some point one wonders just how nice does this have to be?”

Dr. Zishan Siddiqui at John Hopkins asked a similar question after they spent $1.1 billion on the construction of a tower and a new children’s hospital.

The study used the responses to Medicare-mandated surveys and private surveys from consulting company Press Ganey. In the study, Hopkins patient ratings related to the cleanliness and quiet (elements Medicare uses in setting pay) in the new tower’s rooms soared, as did consumer views on the pleasantness of the décor and comfort of the accommodations. But patient opinions about their actual care — such as the communication skills of doctors, nurses and staff — did not rise any higher than they had been in the older building.

“Despite the widespread belief among health care leadership that facility renovation or expansion is a vital strategy for improving patient satisfaction, our study shows that this may not be a dominant factor,” Siddiqui and his fellow authors wrote.

A nationwide survey conducted by the consultants at J.D. Power and Associates reached similar conclusions to the Hopkins paper about the influence of the physical environment on satisfaction scores. That survey found that communication by doctors, nurses and other staff was most important, while the facility accounted for a fifth of patient satisfaction.

A few years back I had an opportunity to attend a leadership summit in Buenos Aires and I took time on the last day to visit a NICU in one of the poorer parts of the city. The building was built in the 1940s and everything around it was noisy, littered, and drab. But when I walked inside the facility, I could tell that the staff took great pride in their hospital. There was no fancy waiting room but it was clean and tidy. The NICU had modern equipment just like we have here in the US and the amount of space for parents was limited, like many NICUs here. But there were parents everywhere, and you could feel the warmth and bonding taking place as the mothers did kangaroo care with their preemies.

I have also had the opportunity to visit several children’s hospitals here in the US, and in some instances have witnessed the combination of a glorious physical environment and a staff that believed in the importance of family-centered care in the NICU. While the combination of the two is idyllic, the new hospital building wasn’t what was fueling the atmosphere of family cohesive care. Rather, the philosophy of the NICU and the hospital itself helped shape the creation of the new facility that put the family’s needs at the center. And it’s that kind of belief in the power of family in care, no matter how old or new a building, that can have a transformative effect on not only patient satisfaction, but on outcomes, too. 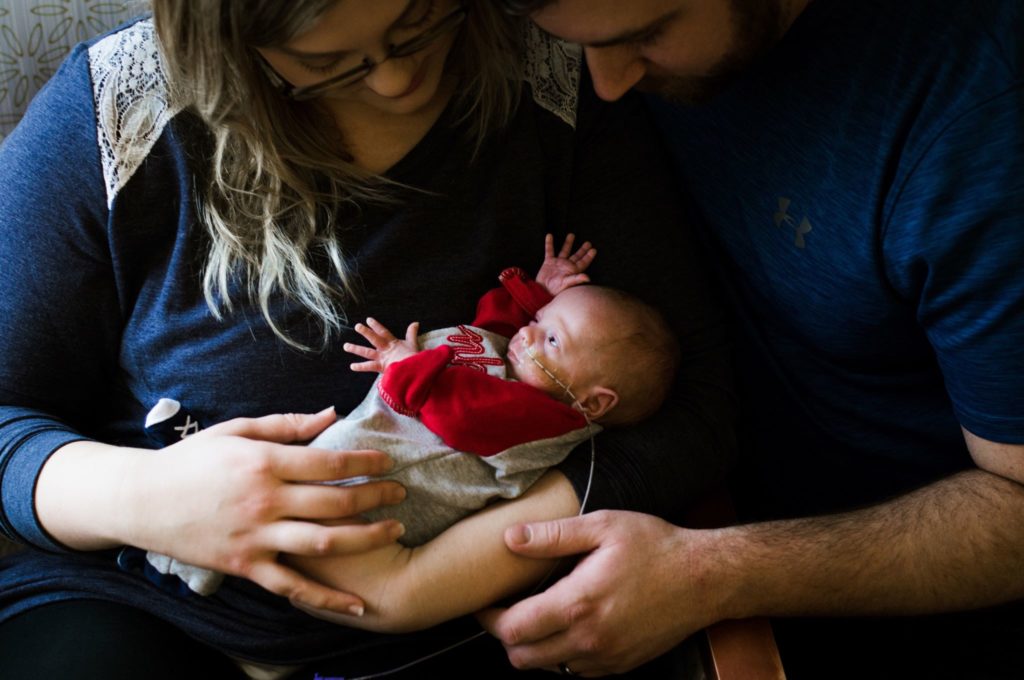