The NICU days can be such a terrifying and tumultuous time for families with preemies. Often more research is the last thing parents watching over babies in neonatal intensive care units want to do. And while most NICU staff members do everything they can to support moms and dads of preemies, their main focus is the babies in their care. We created our NICU Ambassador program to help make it easier for entire families to get care and support in the early days of the prematurity journey.

Graham’s Foundation NICU Ambassadors are parents of preemies who serve as on-the-ground representatives of our organization at both their local NICUs and in the community, helping raise awareness of our programs and connecting with preemie parents who need more support. There are thousands of neonatal intensive care units in the United States, which means coordinating our NICU Ambassador Program is a big job. We’re excited to announce that Jennifer Mayberry is officially taking on that job in the role of NICU Ambassador Program Director. 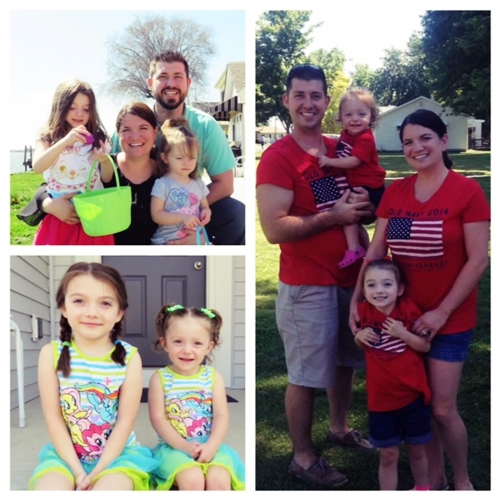 For Jennifer and her husband Jason, the road to parenthood was a difficult one. Getting pregnant proved difficult and her first was ectopic, resulting in a rupture that nearly killed her. She was rushed into emergency surgery that included the removal of one fallopian tube. That plus the fact that she suffered from PCOS meant pregnancy would always be a remote possibility.

Because of that, the couple decided that even though they’d used Clomid previously they were going to move forward without interventions. Six months later, Jennifer took a pregnancy test and it was positive.

“It was a big surprise,” she said, “and scary, too, with everything we endured the first time. Then at 36 weeks, I developed preeclampsia and delivered. We did get to go home on time, but at 15 months Jillian developed a seizure disorder that would make her turn blue and pass out. I was pregnant when she was diagnosed and lost the baby. That’s when we realized how much we really wanted another child.”

A year later, Jennifer was scheduled to start taking Clomid after Provera, but a just-in-case pregnancy test came back positive. From the beginning her that pregnancy was anything but normal. Having already had preeclampsia, she struggled with blood pressure issues and never felt very good. She was already seeing a high risk OB when her blood pressure spiked at 28 weeks and she was admitted to the high risk labor & delivery ward.

“They wanted to see how long they could keep the baby in,” she said. “We met with all the neonatologists and specialists, and the goal was to keep me pregnant for as long as possible.”

That turned out to be 29 weeks and a few days. They were doing the day’s blood work. Jason had already left for work. And that’s when Jennifer’s stats showed signs of full-blown HELLP Syndrome. She was wheeled into the OR straightaway, and told that if she didn’t hear a cry it likely meant they’d had to intubate immediately.

“But I heard this little cry,” she recalls. “I will never forget it. From that moment on, we were on the preemie rollercoaster.” 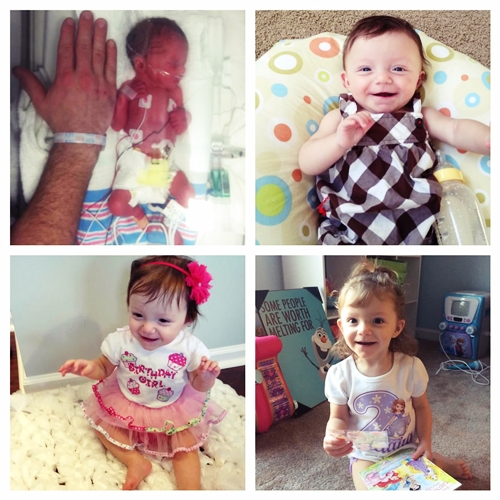 Juliana was born weighing 2 lbs., 14 oz. and (thankfully) had a relatively uneventful stay in the NICU, breathing room air with assistance and coming home on nothing more than a heart monitor. As with many preemies, feeding issues were what kept Juliana in the NICU the longest. But Jennifer believes that their rough start didn’t affect their eventual bond, saying she thanks her lucky stars for that and knew she wanted to eventually do something to help new preemie parents navigate the NICU.

As to how she became familiar with Graham’s Foundation, Jennifer learned about us in the NICU when a friend of her mother who’d had a 33 weeker asked if she’d received a NICU care package yet.

“My mom ordered a care package and I cried when I received it because it felt like the first time someone had said congratulations,” Jennifer said. “Someone was telling us, yes, your situation is hard and scary but you have a baby and you can celebrate that. It felt so personal and I still have everything to this day.”

Jennifer eventually met the Graham’s Foundation team and felt like she’d found her home. First, she got involved as a very active NICU Ambassador. Then she hosted a Parents of Preemies Day event. So when our founder and president Nick Hall asked her if she wanted to head up the NICU Ambassador Program, it was a no-brainer. Jennifer is currently a stay-at-home mom but was previously an RN and said that is a big motivating factor in her decision to join the Graham’s Foundation team.

“Hospitals should be seeing us as a support program for parents so we can take some of that off their plates,” she said. “Having a background in acute care and then being thrown into a medical environment was eye opening. When I was sitting in the NICU with Juliana, I could see beyond the monitors. I saw the parents and I saw the nurses, who can feel as deeply as the parents. I could see all the perspectives. That made me want to push to create a better NICU environment. This is one way to do that.”

As NICU Ambassador Program Director, Jennifer plans to unite the parents working under her to streamline the program so Graham’s Foundation becomes an asset more hospitals are using and more parents are getting support. Her secondary goal involves fundraising – not just for our organization but also for events and for families who are struggling with the financial sacrifices that having a preemie in the NICU can involve.

All of us at Graham’s Foundation are incredibly excited to welcome Jennifer onto our team and to see what she will accomplish over the next couple of months. We are sure she’s going to do great things! 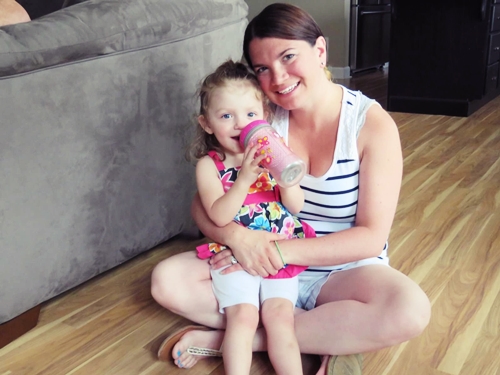