Today we’re sharing a Q&A with Lottie King, founder and head of Leo’s Neonatal in the UK. Leo’s Neonatal cares for families during premature and traumatic labour, in the neonatal unit and beyond. They also have support programs for medical staff in NICU and maternity! We had a chance to chat over email with Lottie about her story, the organization, and one of its online initiatives that is giving more parents a voice!

Can you tell us a little bit about Leo’s Neonatal?

Leo’s recognises that the neonatal journey isn’t just your time on the NICU, it’s actually pregnancy and birth, and childhood. It has been set up in memory of my little boy Leo, who saved not only my life, but his twin brother Oska’s too. This is his legacy. Our journey began when I was 21 weeks pregnant and actually hasn’t ended yet, Oska is now three and has complex respiratory problems, and grief when you lose a child doesn’t ever leave you.

It’s acknowledging that so many parents face traumatising pregnancies, births which result in nicu admissions and of course the lasting affects on the baby or babies health as well as the impact on parents and wider family. We don’t put a time limit on the support we give.

We work very closely with midwifery, obstetrics, neonates and paediatric professionals, as well as parents to ensure that we can offer well rounded support services.

What is #NICUhour? How did you come up with the idea?

#NICUhour is a Twitter hour where we invite parents, professionals and charities to come and talk about subjects to raise awareness, share best practice and support each other. We’ve been fortunate enough to learn some incredible things other neonatal units and charities are doing as well as learning from parent’s experiences.

In the UK there’s a big Neonatal, obstetric and paediatric presence on Twitter and I was scrolling through one evening and thought, ‘I wonder if there’s an hour for neonates?’ Turns out there wasn’t! So we made one!

How can parents participate? Do they need to sign up?

Parents can participate in a number of ways, so they can hold hours if they so wish if there’s a specific area of neonates which they’re experienced in. For example, baby loss, peer support, NEC, mental health, having babies transferred etc. Or they’re welcome to come join in the discussions we have via their own twitter accounts.

We’ve found many parents sign up to twitter but don’t engage actively with us, but follow the hour as it helps them feel supported and not alone.

Facebook is great for so many things and is a brilliant tool for parents to support each other. But, we wanted a place where professionals can also become involved in the discussions, and as there’s a huge community on twitter for professionals we decided that it’s the best place to include everyone.

It’s been phenomenal! We really didn’t think it would take off as it has! It’s helping a lot of people, us included and that’s what it’s all about.

Do you see #NICUhour evolving as time goes on?

Yes, we hope that more professionals become involved, more parents share their experiences and that it becomes a really useful tool for developing new initiatives.

We’re already looking to use some of the brilliant ideas, words of wisdom and more which we get from the hour to form educational and support material.

What are the biggest challenges facing parents of preemies on your side of the pond?

Definitely the effects on mental health. It’s a big topic over here lately, it’s becoming more recognised that parents are in fact traumatised by the things they’ve experienced and it needs to be better managed. We’d like to see that extended to siblings and grandparents / wider family members as family set ups are different for everyone. Sometimes it’s the grandparents, close friends, aunties / uncles who are sat with Mum or dad every day and they face a different kind of trauma. We think it’s important to recognise the effects on them too.

What do you feel is the most important thing new parents of preemies need to know?

Where do we start! Just remember, no matter how hard it gets, you have the strength to keep going. You may not feel it, but you do. Inhaling, exhaling, putting one foot in front of the other and going to that unit, or picking up the phone to call and see how your baby is doing, even on the darkest days takes immense courage. 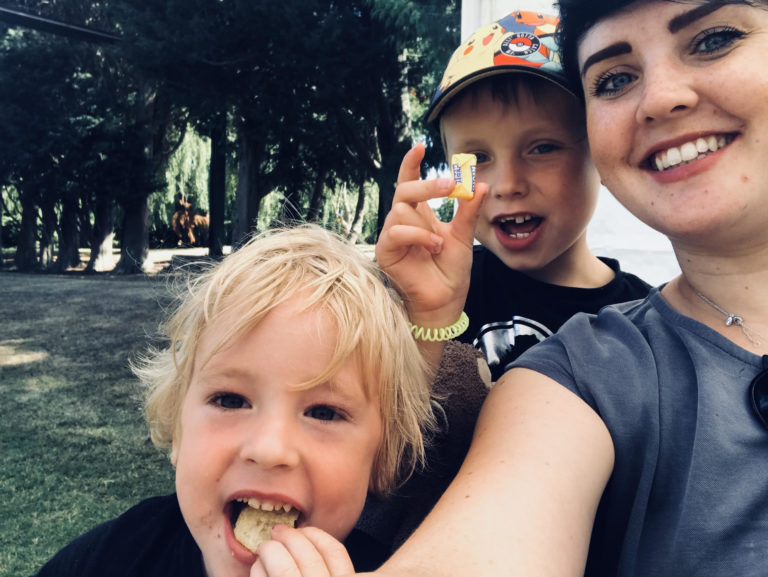