Though its mission has grown and evolved, Graham’s Foundation has stayed true to its local roots by choosing each year’s Ambassador Family from preemie parents who live close to the foundation’s home base in Waterville. This year, the organization will introduce Seth and Amanda Metzger (parents of preemie triplets Samantha, Abigail, and Lauren, as well as full-term daughter Elizabeth) at the March 4th Tinis for Preemies event.

The foundation’s Tinis events are designed to both raise funds and raise awareness of how something as common as premature birth can be an incredibly challenging and transformative experience for mothers and fathers like the Metzgers.

Amanda and Seth graduated together from the University of Toledo College of Engineering – she with BS in Industrial Engineering and he with a BS in Mechanical Engineering. Seth works at Dana Corporation in Maumee, OH and has been with them for 13 years, and Amanda worked at Libbey Glass in Toledo before their preemie triplets were born. She returned to the company when the babies were five months old but chose to become a stay-at-home mom when they reached 15months old – and calls it the most challenging and rewarding job she’s ever had.

While parenthood is always a challenge, the Metzger family has faced and overcome more than most. They welcomed Samantha, Abigail, and Lauren into their lives at 29 weeks gestation, a whole 11 weeks before they were due.

“There are families that unexpectedly welcome preemies into the world and they may not have the ability or the resources to educate themselves prior to the birth of their preemie. That said, no amount of time can fully prepare a parent or family for the whole journey that is prematurity.”

Before and during the girls’ 8-week hospital stay, the Seth and Amanda did their research but what they found was frightening and overwhelming.

“On one hand, we were able to arm ourselves with the power of knowledge of the health complications preemies commonly face,” Amanda said. “However, just reading the medical terminology and knowing of certain conditions, such as apnea, bradycardia, etc., could not prepare us for seeing our tiny newborns with IV/PICC lines, nasal cannulas, feeding tubes, blood draws, and all the wires connected to their bodies for monitoring their oxygen levels and heart rates. It’s an emotional rollercoaster of ups and downs when your baby is in the NICU… finding patience on the days when your preemie struggles just to breathe… celebrating the enormous victory when your 2 lb. baby drinks 5 mL. of breast milk from a bottle – all the while, praying for God to give your precious newborn a fighting chance to grow.”

Though it would have been easy for the Metzgers to slip into a “back seat” role because of the specialized care their daughters were receiving, they came to realize that they were very much needed. They talked to their preemies and touched them, performing kangaroo care whenever they could. Amanda pumped so the preemies could be fed with her milk. Together, Seth and Amanda realized they were forming a bond with their girls that medical intervention couldn’t replace.

“I want new parents of preemies not to discredit the power of just being there,” Amanda said. “Your baby knows and is better off because of you. And don’t beat yourself up when you can’t be there. We drove back and forth from the hospital each day for 8 weeks so we could be with our babies in the NICU. I felt a twinge of pain every time that I left the hospital without my babies, but had to remind myself that my children needed me to be strong for when they were able to come home.”

When the babies transitioned home, they were still on breathing and heart rate monitors. The wires attached to their chests kept them tethered to the portable monitors. And the family was visited by a home care nurse. Lucas County Help Me Grow specialists helped ensure their growth and development were on track, which Amanda said was a great reassurance as the girls grew and thrived.

Four and a half years later, Amanda and Seth found out that they were expecting a fourth child. Amanda was nervous that she might have another preemie, given the pre-eclampsia, gestational diabetes, cholestatis of pregnancy, and placenta previa that complicated her pregnancy with the triplets, but her next pregnancy was complication free.

“Elizabeth weighed 8 lbs. 3 oz. which was more than the combined weights of our triplets at birth,” Amanda said. “It’s been so fascinating adding a full-term singleton to our preemie multiples. The differences are night and day, joyfully so, and we feel so incredibly blessed to have four healthy daughters.”

The Metzgers are looking forward to the opportunity to share more about their story as a Graham’s Foundation Ambassador Family. It’s yet another way the organization is spreading its message of hope and giving preemie parents a voice.

“It’s easy to feel isolated, helpless, and anxious during a stay in the NICU,” Amanda said. “Support from other parents who have experienced premature birth is amazingly beneficial and we feel compelled to share our story of our journey with others in hopes that we can support other families with preemies and bring more awareness to Graham’s Foundation’s mission.” 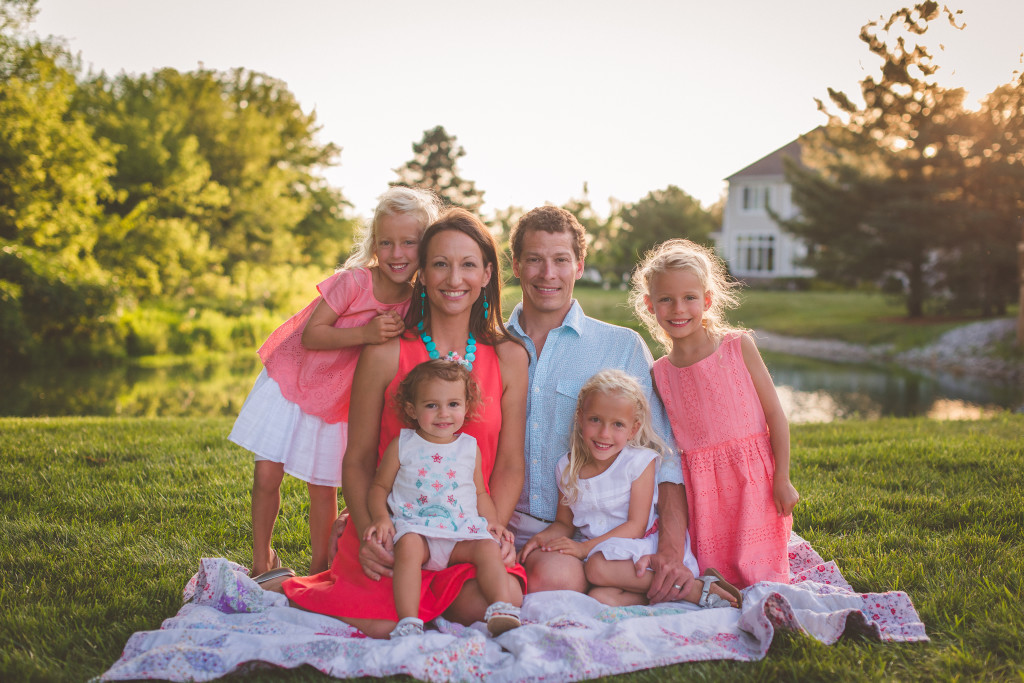