Milestones and Rehab for Preemies 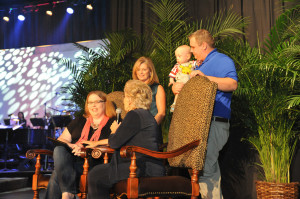 So I know that when I say ‘milestones’ pretty much every preemie parent’s mind starts going crazy about all the things their little one should be doing. I can honestly say that having a preemie changes the way you look at how little ones grow and learn.

I know that before we had Dusty, I couldn’t have told you what to look for. I figured that little ones just learned how to do certain things. Even now that our friends have had kids, I can look at their babies and tell them that here’s what helps and this is what they should be doing by this age and what red flags to look for. Crazy huh?

Our preemie was in physical and occupational therapy from the time he came home till two months after he turned one. I feel like there is an emotional component to the therapy that preemies have to go through inside and even after the NICU, as well. it can be a roller coaster. I remember when we first started going to the rehab center, I was nervous and had no clue what to expect.

The first couple of times were hard because Dusty was behind like most preemies. Eventually it seemed like he started to pick up on things, and we were so excited! We thought, “Oh, we are going to get discharged soon and be done with all of his therapy.” But for us that was not the case, as Dusty seemed to plateau at about nine months. Eventually, though, he started to pick back up and started conquering milestones shortly after he was supposed to. Our therapist told us that most preemies are not caught up by a year old but they are usually not far behind.

Dusty started walking about 17 months and now we can’t stop him. We were discharged from all rehabs around 16 months. As crazy as this sounds, being done with the therapies was bittersweet. We had made this connection with his therapists that to this day I can still feel. They’ve become like family. They have watched this our preemie grow into an amazing little toddler.

Dusty was so involved with the Rehab Center. He was the first story pictured on the Rehab Telethon in 2013 (the picture is above). I can honestly say that the West Texas Rehab Center was so much help for our little one! They helped him overcome so many obstacles and I would encourage any preemie parent concerned or needing therapy to get involved with a center in your area. They are really a great resource for all those questions we have as preemie parents.

Curious about preemie milestones? Here is a Baby Center page that lists the milestones by age.Just remember that every preemie will do things at his or her own pace and that’s okay!