One day is too long 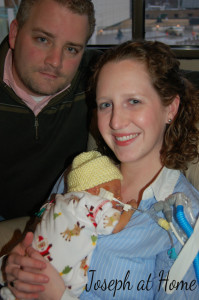 The other moms look stunned and walk away like they lost a competition.

I recently found myself in this situation – a room full of parents who had had a child in the NICU. The NICU stays ranged from a few weeks to over ten months. More often than not when I have found myself in this situation, it always plays out the same. There is someone who sees it as a competition to see who had the longest NICU stay. They search the room hoping to find out they had the longest and the worst NICU stay. When it gets to me (or many others who had a far longer NICU stay than we did), I always want to run and hide to avoid the question because I know exactly how it will play out.

Here’s what I always want to say when I’m asked this question, “This is NOT a competition!!”

That is exactly how I feel – One day in the NICU is TOO long.

No one ever expects to spend time in the NICU – not even for a couple of hours. I don’t think anyone considers the word ‘NICU’ in their birth plan. Having a child in the NICU is often very unexpected and traumatic. It is not in the perfect picture we all have of the moments after our child is born.

Not long after my son came home from the NICU, I ran into someone I had not seen in quite sometime. He knew that we had twin boys born at 24 weeks gestation and that we had lost Campbell after 23 days. He asked how Joseph was doing and how long he ended up being in the NICU. I answered his questions. He then said that after hearing our story and knowing we spent 228 days in the NICU, he will never, ever complain about his son being in the NICU for two weeks. He said that while it was painful to leave his son every day, it was nothing compared to the months we spent.

That particular part of our conversation has remained with me. I looked at him and said, “You know what, one day in the NICU is too long. No one should have to do it.”

We finished our conversation and went our separate ways.

Sure – some people may have “easy” NICU stays or “hard” NICU stays – however society classifies them. We are all on this NICU and prematurity journey together. None of us expected it. It is not something we planned. Every family who has a child in the NICU experiences their own individual hardships. Sometimes, once the numbness of the NICU stay begins to lessen, we begin to see our journey in relationship to other journeys. Even then, it isn’t a competition. It is an awareness.

Let’s do something for each other. Let’s build each other up – encourage each other along our journey. We aren’t on this journey to compete with each other. We are here to be strong and support one another.

If you find yourself in a conversation with someone who is trying to find out if they have the longest or worst NICU stay, simply smile and say, “One day in the NICU is too long.”