Something as common as premature birth can be an incredibly challenging and transformative experience for mothers, fathers, and caregivers. Jim and Blair Nooney, who were chosen to represent Graham’s Foundation over the course of the year, were formally introduced as the organization’s Ambassador Family at an event earlier this year where they gave a firsthand account of how prematurity really affects moms and dads.

“We saw an article about Graham’s Foundation and Parents of Preemies Day in the newspaper and were so touched by the founder’s story that we had to reach out,” said Blair, who gave birth to daughter Lilly at 32 weeks gestation. “We had just moved back to Perrysburg from Florida and wanted to connect with other preemie parents. Now we have a chance to help them, too.”

The Nooney family was relatively lucky – Lilly spent 35 days in the NICU before coming home with an apnea monitor, reflux, and feeding challenges. It’s not uncommon, however, for the earliest and sickest babies to spend many months in the NICU and face lifelong physical, intellectual, and emotional challenges. Parents of preemies may find themselves coping with extreme feelings and practical issues that are difficult to overcome.

“Over the years, Jenn and I have shared our prematurity story at events and on our website, but as we broaden our reach and deepen our connection with our community we feel it’s important to start sharing other families’ stories. There’s power in putting more parents’ stories out there. We want every new parent of a preemie to see they’re not alone from the very beginning.”

Here’s Blair’s story in her own words: 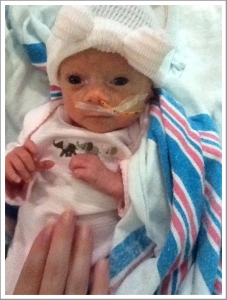 I had a totally normal pregnancy, no issues whatsoever, but at 20 weeks we found out our daughter had fluid on her kidney. It would eventually lead to surgery, though we will probably never know if it was related to her early birth.

I was working full time, teaching in Miami. It was a Saturday morning, and I went to get a haircut, gave the dog a bath, and was organizing baby clothes thinking I had two months to go until birth.

I didn’t realize I was in labor.

But I felt strange so I looked online and called a girlfriend – everything I read and heard said it was BH contractions. They weren’t going away, though. They were actually getting worse and coming faster. Finally, I realized something wasn’t right.

I tried to get hold of my husband then called my doctor, who could tell just by talking to me through the hospital that I needed to go to the hospital right away. Even so, Jim and I thought it was going to be no big deal, never imagining I was going to have my baby that day.

Once I was checked in, they measured me at 4cm dilated and in active labor. Bedrest was mentioned but I was told there was a chance things would happen faster. They tried magnesium sulfate but literally nothing was working. I was given steroid shots and all other medication was stopped because I was progressing.

Jim called my boss and our families. 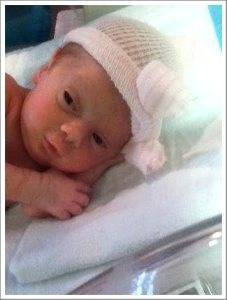 After a very short labor, Lilly was born and whisked away so quickly. I didn’t know if she was going to make it. They found a velementous cord insertion – the doctors were calling her a miracle baby. Still, every day there was some new hurdle. They thought she had cystic fibrosis. She couldn’t come out of the incubator. There were so many tests, it was just one thing after another.

But Lilly was a tough little cookie and after 35 days she came home. Her biggest issues were not feeding well and major reflux, which led to apneas and bradycardia. She came home on apnea monitor, which she stayed on for months.

Times were hard and the worst part was that we weren’t pointed toward any support at all. The NICU in Miami was one of the best in the area. The doctors were amazing and the nurses were wonderful, but I felt completely isolated. There was no one to talk to I had no friends or family who’d been through it. I felt very guilty for a very long time because I SHOULD have been able to prevent it.

And not everyone on the medical staff was helpful. I was in a sensitive emotional state, but when actually someone tells you you’re making things worse it’s really rough.

When I heard about Graham’s Foundation, it’s what I wish I had. You want someone you can talk to who has been through the same thing and gets it. We read about the Hall’s experiences, and we wanted to do what we could to help to make sure other people weren’t in the same boat of isolation. We want to help spread the word. 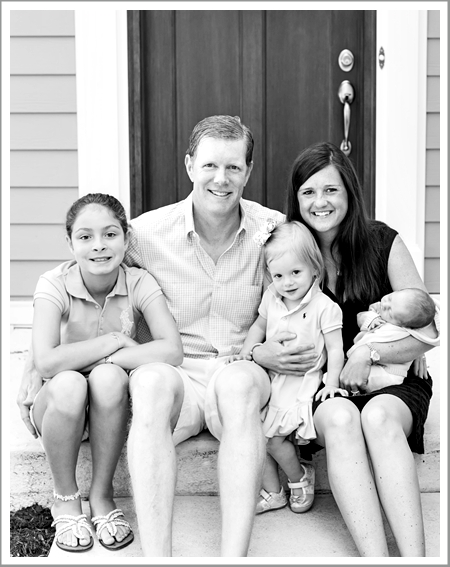