A Q&A With the Author of The Summer Called Angel

In June of 2004, graduate student Sola Olu was pregnant with her first child and close to receiving her degree from DePaul University. Everything seemed perfect. What she didn’t know was that a routine 28-week prenatal visit was about to turn her and her husband Chris’ world upside down. A diagnosis of preeclampsia quickly led to the premature delivery of her daughter, Angel, and from there, Sola and her family embarked upon a journey that lasted seven months, included several surgeries, and was a rollercoaster ride of hope-inspiring ups and heart wrenching downs. She turned her experiences into a new memoir, The Summer Called Angel, which documents Sola’s personal recollections of not only her daughter’s prematurity because of preeclampsia, but also her son Lani’s.

We connected with Sola, whose daughter Angel is now in third grade and thriving, to ask her to share some of her thoughts on coping with the realities of having a baby in the NICU and dealing with a lengthy hospital stay.

You had a lot of support early on, but one thing you wanted in particular was for people to celebrate your children regardless of their early births. How did that kind of positivity help you cope? 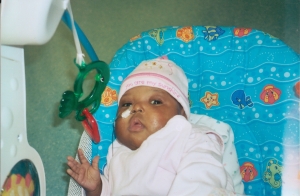 Knowing that people were praying for my husband and I, and people were constantly calling and wanting to visit and help, certainly helped us feel that we were not alone and that people do rise up and help in times of need. It helped to be able to pick up the phone and talk to our families and just hear their encouraging words.

Later in The Summer Called Angel, however, you tell a friend it’s hard to talk about the difficult times. Do you wish you’d shared more of the challenges with loved ones?

Yes, I wish I had, but back then I didn’t know how without bursting into tears and just bawling. I was only able to speak with one or two people who I could cry with or just be real honest with. Close friends felt isolated because we weren’t confiding in them, but it wasn’t intentional. Now I know I can set up a Facebook page or a hospital care page and pour out my heart in updates and ask for comments and prayers. I would still be communicating, but in a different way. Reading comments and words of support would have helped.

At one point, you reference “NICU language” as a barrier to sharing. Did that make things harder? 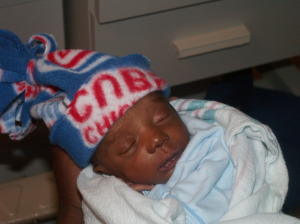 Yes, it did. “There’s a saying that prematurity is a world you never knew existed until life takes you there” – very true, and I hear this from the preemie parents that I counsel all the time. There’s a sense that other people simply don’t understand. Sometimes the preemie experience is such that your baby just sleeps, eats, and poops and goes home, and on the other side there could be a host of complications as in Angel’s case. I give the example of
telling someone in September that “Oh yes, my daughter’s big; she’s seven pounds,” and there was a long silence before she asked “Wait, wasn’t she born in May?” Seven pounds for a four month old is not big at all… except when you’re in the preemie world.

What inspired you to share direct Consultation Notes in The Summer Called Angel? That seems like a brave choice!

It was brave. Actually, the suggestion came from one of our nurse, but my husband and I both agreed. It helps lend credence to the seriousness of the situation and it helped me piece the timelines together more accurately. It also helps the reader feel as if they were there with us.

In your journey, which was so long and had so many ups and downs, what helped you hold on to hope?

That small, still voice that kept saying “God’s name would be glorified.” I somehow knew that there was going to be a story to tell someday even though sometimes I wasn’t sure how it would end. Then of course my husband, ever so supportive, and my host of friends and family. All of those helped.

I got the title of my book one evening when my husband and I were leaving the hospital. It was September, and I asked where summer went because it seemed like we didn’t have a summer. He replied that we had a summer, alright, and it was called Angel. I remember thinking with my writer hat ‘Hmm, that sounds like the title of a book’ – only I didn’t know what the ending would be.

As a two-time survivor of preeclampsia and a two-time prematurity veteran, what advice would you give to new parents of preemies?

Please take one day at a time. For a while, that’s the only thing you can do. Ask plenty of questions. Be vigilant about your baby’s care. Get to know the doctors and nurses, because it does make things easier when there’s a connection.

And what advice would you give parents whose preemies are facing the possibility of a very long NICU stay like Angel’s?

Pray constantly! There were times I didn’t know what to pray and my dad would say “Just ask that God’s will be done.” Hope for the best, and if there are still lingering questions, ask for a second or third opinion. Seek the opinion of specialists related to your child’s condition.

And take lots and lots of pictures. I wish I’d taken more than I did. Sometimes even through tears, the nurses encouraged me to take pictures because those are treasures and help you appreciate where you’ve been. Enlist the help of friends and relatives who are eager to help. Take time off for yourself even though it’s hard to be away from your baby. You need
care, too. Talk to the social workers and chaplains. Those services are free, and you can tell them what you’re going through without feeling like a burden.

Finally, there is hope, hang in there.

Today, Sola draws on her own experiences to counsel new parents of preemies in her local NICU. Her book, The Summer Called Angel, is available on Amazon and via http://www.solaolu.com.