My NICU journey was expectably tough. My son was born at 34 weeks weighing 3 pounds. I was induced due to lack of growth and increased risk of stillbirth. I knew my son would be spending time in the NICU after he was born. Despite having a strong support system, I felt very alone. I remember spending the whole day in the NICU and then once it came time to leave, I would fall apart. I felt as if I had no control over the situation, which ultimately led to fear, anxiety, and guilt.

I want to reach out to other parents because I really want to emphasize the fact that there is support out there. Having a NICU baby is a unique experience that can be tough and having a strong support system in place is important for the family. During my time in the NICU, the hospital had very limited resources to help parents in need of support. The care for my son was great but there was nobody to talk to about the feelings and fears that my husband and I were experiencing. I want all parents to know
*You are NOT alone
* It’s OK to ask for help
* This is not your fault

On a positive note, I do feel that having a NICU baby has made me much stronger. The struggles behind the impact of my son’s birth have continued but as a result of my time in the NICU, I have grown into being a strong and resilient mother. 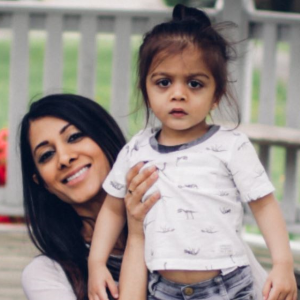