Prior to finding out I had preeclampsia and being flown to a different hospital a few counties away, I honestly had no clue what a NICU even was! I remember arriving at the hospital, getting settled into a room, getting my steroid shot in hopes of helping my boy’s lung development, and a counselor coming in to take us for a tour of the NICU and telling us what all to expect after premature birth. It was all so overwhelming!

Within a few days of being admitted and trying to extend my pregnancy as long as possible, I was told I’d be having a c-section. That was even more overwhelming! My son was immediately placed in an incubator and taken to the NICU. When I saw my preemie for the first time, he was on ventilator… he had an NG tube… he was under the bili lights and hooked up to all these monitors. Four days later, I was finally able to hold my baby for the first time. He was gradually improving in many respects but he couldn’t hold his own body temperature up and still needed a cannula for many weeks. We celebrated the little victories every day until, 20 days after his birth, he was allowed to come home.

I remember being so amazed at how resilient and tough preemies are. The fear was strong but the victories were amazing! The whole experience was an emotional roller coaster, and I’ve never been so thankful for anything as I was for all of the support I had from my NICU nurses and family! I remember many times I would have loved to have had someone that had been in the same shoes to talk to, which is why I became a Graham’s Foundation Preemie Parent Mentor. Now I’m thankful for a chance to be that person to someone else!

-It’s easiest to take everything one hour at a time and then one day at a time.

-Remember, you are so much tougher than you realize.

-Try not to not question why you are on this journey. But know that only the strongest people are chosen to be preemie parents!

Because preemies enter the world before their lungs are ready to breathe, babies born prematurely often require breathing support to survive. Both premature birth and the very life-saving technologies that give preemies a chance can have long-term consequences on a preemie’s respiratory health. Parents may have to make difficult choices about oxygen and steroid therapies. Preemies themselves may have to live with lifelong respiratory issues.

Premature infants and children are more likely to encounter difficulties with feeding and growing than those born at term. From a diagnosis of failure to thrive to suck-swallow-breath coordination to coaxing an unwilling toddler to embrace solids, prematurity makes what should be simple-eating-into a challenge. Parents of preemies may have to navigate a confusing world of feeding tubes, specialty equipment, and therapies just to help their children. 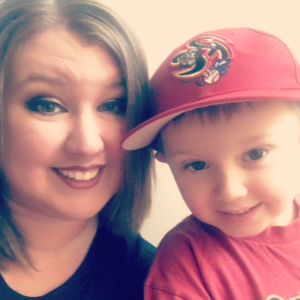