My experience with premature birth came after several miscarriages and treatment for infertility, and once I was pregnant I delivered early as a result of PROM that developed at 22 weeks. I was able to last 10 more days, hospitalized and on strict bed rest with my membranes completely ruptured. My son, Justin, was born at just 23 weeks, making him a micropreemie. Justin struggled in the NICU for 10 weeks just to get off the vent and that was a very difficult process for all of us. Amazingly, however, after I pumped exclusively and then fought hard to nurse my preemie, we were able to breast feed until Justin was a year old. Today he’s doing great in so many areas, though he’s still developmentally delayed in some. We have done and in some cases are still doing physical therapy, speech therapy, and occupational therapy.

What I remember most from the NICU is how out of control I felt. How scared and bewildered. I thought that this was my life now and that it would never end. In my role as a Graham’s Foundation Preemie Parent Mentor, I want to help parents understand that even though this is one of the most difficult times in their lives, it will pass and they will get through it. The NICU has many ups and downs but the more moms and dads talk to their preemies’ doctors, nurses, and specialists and are involved in their babies’ care, the better it will be. We are our children’s biggest advocates!

The micropreemie journey can be like walking through a mine field for both preemies and their families. The moms and dads of the earliest babies celebrate not only the milestones, but also the minutes. Every hour in the early days is hard won. Every milestone met, a triumph. A micro-preemie parent’s courage and resilience may be tested to the very limits. The struggle may feel never-ending, but it’s important that parents know they are never alone. 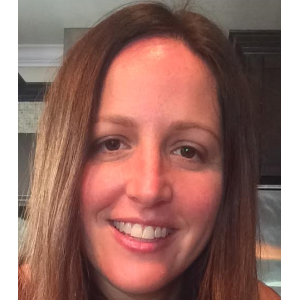