What I remember most about my NICU journey is how lonely it was. Being a military spouse, I did not have family close and my husband was at a school in another state. My friends in the area either did not have children or had uneventful full-term pregnancies. No one near me understood what I was going through. Fear of the unknown caused most of my friends in the area to withdraw. So the nurses became my friends after István was delivered due to HELLP Syndrome.

István was healthy for a micro-preemie. He was extubated and off of the ventilator until he became ill with late onset MRSA. The complications from MRSA lead to long term use of strong antibiotics and dependence on the ventilator, which in turn lead to unilateral hearing loss. At one point, I received a phone call urging me to return to the NICU because the doctors did not think he would live through the night. But miracles do happen and did for us! Never give up hope, and have faith.

In my role as a Graham’s Foundation Parent Mentor, I want to continue making myself available to military families experiencing their own prematurity journeys. But I also want to widen the scope of my efforts to make sure no one ever feels as lonely as I did in the NICU – my hope is that connecting with me will show new parents of preemies that they are not alone. There is someone who cares about them, their family, and their preemies.

There are many reasons a parent of a preemie may have to navigate the NICU journey alone. Many military spouses give birth without partners present, and there are numerous other circumstances that can result in a mom or a dad parenting a preemie without help from a partner, family, or even friends. Studies have shown that new moms of preemies who connect with NICU veterans feel less anxiety and depression, which is important because 20% of preemie parents reported losing important relationships while their babies were in the NICU. 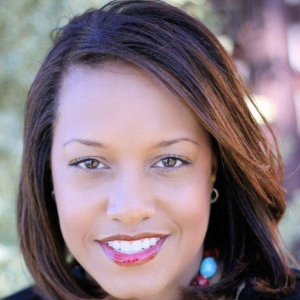