I grew up in New Zealand and moved to the US several years before having my preemie. As a result, I didn’t have the support of family because they were unable to visit frequently. There was a lot of fear in our journey and the constant expectation of bad news. We didn’t know what to expect. But I also remember all of our preemie’s nurses – they were wonderful and amazing and went so far above and beyond the call of nursing. That helped me see I wasn’t alone. Help was available, and it was okay to ask for help when I needed it. Eventually I learned that it was okay not to spend 24 hours a day in the NICU and that you need to look after yourself. It’s about doing what’s right for you and your baby.

I became a Graham’s Foundation Preemie Parent Mentor because I wanted new parents of preemies to understand that there are people they can talk to – people who understand what they are going through and feeling and won’t need every little thing explained. I want to share that there will be ups and downs but it’s okay to cry and okay to laugh, too. It’s also okay to ask questions if you don’t understand something and to be your child’s advocate. Your opinion counts!

Many preemies start life in the same NICU they will eventually graduate from but some preemies require specialized care that can only be found in certain locations. For the sickest, switching between hospitals can be a dangerous journey – and one that is uniquely stressful and frightening for preemie parents. In some cases, the new NICU may be farther from home and more difficult to travel to, and there may be yet another hospital transfer before a preemie makes the transition home. It’s a struggle that only some parents of preemies will face but those who do are not alone. 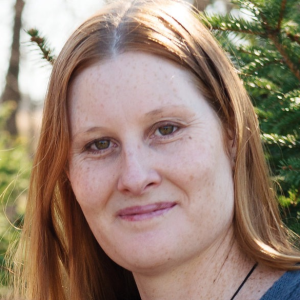