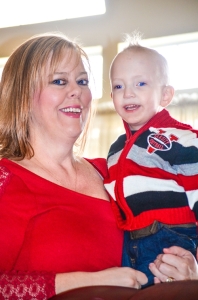 So these past few weeks have been tough. We noticed that Dusty isn’t quite where other children his age are developmentally. I guess that’s one of the parts of having a preemie. We made the decision to schedule a reevaluation for him with the rehab center he went through when he was first born.

I can’t say that the thought of “if there was more I could have done or be doing with him” hasn’t crossed my mind because it has. The truth is as preemie moms and dads we tend to take things personally. We feel like our kids are a reflection of our abilities as a mom but the truth is you are a great mom no matter what.

Over the past week I’ve spent many nights up late thinking about what if they say there is something wrong with him and I didn’t take him in sooner or I didn’t know sooner.

I’ve put it off because people have told me to wait till he gets older or there’s probably nothing wrong and he will outgrow it, but the truth is as Dusty’s mom I’ve learned to listen to my gut. I know what he does and doesn’t do, and I’m around him more than anyone else.

That’s true for you too. If you see your preemie doing something or not doing something that you think they should be doing then say something to their doctor or rehab center. You don’t need to worry about what others are going to think if your little one does need to go to rehab to help him learn things that other children just pick up on. Some preemies need that extra help and that’s okay. Every mom has a built in instinct that helps them to know what exactly their child needs every day.