Our official family blogger Amber thinks a lot about preemies and premature birth, just like most preemie moms. Recently, she found a story that made her say WOW. 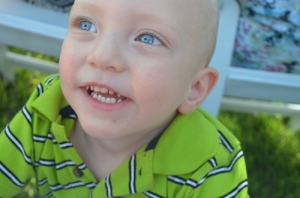 So today I was reading a few different articles when I came across this article about a woman who had her twin boys not only premature but also born 39 days apart. I have to say only have one preemie was hard enough. I cannot even begin to imagine having one in the NICU and still carrying one.

QUOTE
[Elene] Cowan, who delivered Carl at 24 weeks on Jan. 20, and David Jr. at nearly 30 weeks on March 28, credits her doctor with making the right decision to delay the second delivery for as long as possible to improve David’s chances despite the risk of infection or other complications.

The five weeks between vaginal deliveries at Research Medical Center in Kansas City, Missouri, were agonizing for Cowan, who was torn between tending to Carl in the neonatal intensive care unit and resting to protect her fragile pregnancy.

You can read the story here: http://www.today.com/health/miracles-happen-preemie-twins-born-39-days-apart-1D79812418

She mentions how she didn’t think miracles happened before but she knows how they were. I thought this story was neat because it shows how strong preemies really can be as well as how strong preemie moms like me can be. I should add that both boys are doing very well and the doctor say they are going to make a healthy recovery.