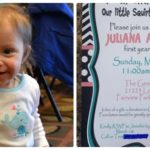 Preemie Mom Jennifer Talks About Why (and How) She Supports Us

I just wanted to share my excitement of what a success it was putting “in lieu of gifts a donation to Graham’s Foundation would be greatly appreciated” on our daughter, Juliana’s 1 year home celebration invitation! I emailed Laura Martin right away to share my excitement after at LEAST half of all who came wrote […]

I recently had a chance to pin down our busy President and Founder, Nick Hall, to ask him a few questions about the Circle of Hope campaign – which is a fundraiser unlike any other we’ve run before. He gave us an inside look into how this innovative campaign came to be and what Nick […] 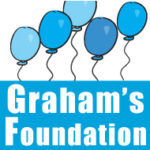 Looking to get fit and give back in the new year?

Looking to get healthy and fit this coming new year? Graham’s Foundation needs you!!! It’s easy…just choose an event you would like to participate in (location and distance of your choice – we can help you find the perfect one), and we will give you tips on fundraising as well as assist you with training […]

Ever thought about running a marathon and answer yourself “When pigs fly”. Well, out in Cincinnati the pigs fly every year (the first Sunday in May to be exact). Here is your chance to check off a marathon (or another race distance) on your life’s list and also give back to the preemie community. We […]

What’s New at Graham’s Foundation in August This has been an exciting summer for Graham’s Foundation! Changes to our care package fulfillment process and our partnership with Pampers have given us the tools we need to reach even more parents of preemies in the NICU. We’re also working hard to plan the second annual Parents […] 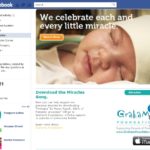 Have we mentioned recently how grateful we are to our corporate sponsors? Pampers and Procter & Gamble have created yet another way for people to support Graham’s Foundation with a click. Now you can help us help the parents of preemies by downloading “Prologue” by composer, guitarist and audio engineer Naren Rauch in the iTunes […] 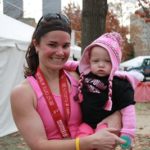 You may remember when we helped we helped put together Miles for Miracles, a sponsorship-style fundraiser that will see Andrea running the Philadelphia Marathon. Well, Andrea completed the marathon, and you’re going to be seeing her name more often here and on our Facebook page because she has plenty to say on the subject of […] 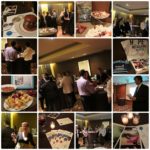 A Short Recap of Our Boston Micro-Tini Event