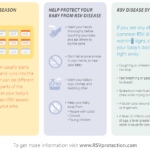 Finding Childcare for Your Preemie

Daycare centers have a reputation for being havens for germs, so parents of preemies who work are often daunted by the thought of having to eventually find childcare for a baby or toddler who is more susceptible to illness. Studies have even shown that preemies that are prone to respiratory issues and are enrolled in […]

Preparing Your Family for Flu Season and RSV Season

Of all the things moms and dads of preemies do for their children, one of the most important is keeping those kids healthy. For parents of preemies who are still quite young – or those with weakened immune systems or fragile lungs – preparing for flu and RSV season and then getting through it is […] 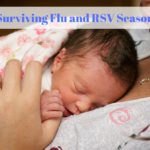 When cold and flu season hits, parents of premature babies can feel a lot of different emotions. Anxiety is a common feeling, because a mom and dad with a premature baby will worry – and rightly so – about their little one catching a cold or the flu. For most people, these are simple illnesses […] 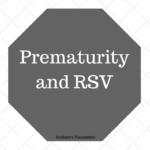 Preemie Parent Mentor, Amy A., shares the story of her preemie’s experience with RSV. Once we left the NICU with Justin, our 23 week micro preemie, we knew we weren’t “out of the woods” but we were so grateful to have made it out. There were definitely countless times during our three and a half […] 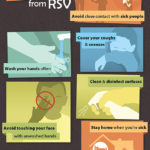 Avoiding Germs and Protecting Your Preemie

I love fall. I love the crisp air in the mornings, the bright colors of the leaves, and the perfectly ripened apples. Fall brings about new beginnings as my two oldest kids head off to school. It also brings about more germs and viruses that I would rather avoid! I walk my kids to school […]