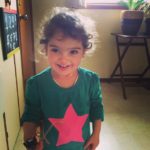 When Being Trach-Free Is Not Guaranteed (and Happens Anyway)

Today’s post comes from Lorena, our Preemie Parent Mentor specializing in lung issues in preemies and breathing support. It’s been months since I have written a post. So many amazing things have happened. Malena Lola turned 3 years old this past April 25, 2014 and she is speaking! It’s been quite the journey to get […]