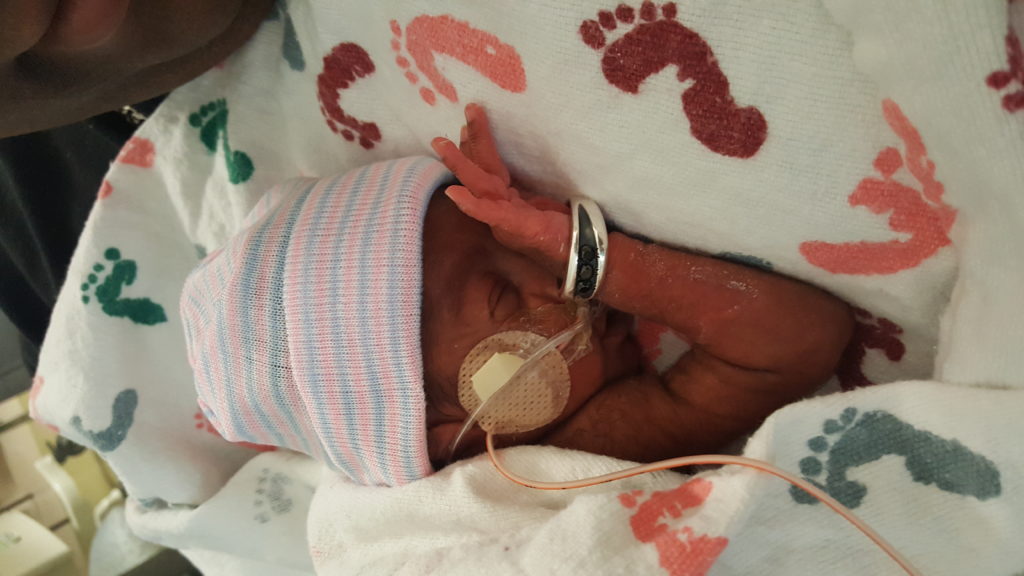 This is the story of our son Daniel Joseph Goodwin IV born on May 29th, 2017.

We had been trying to get pregnant for five years but after going to doctors, I was diagnosed with PCOS, a condition which made it hard to get pregnant.  We tried many years thereafter with no success.

On the morning of May 29th, I had abdominal pains and so my husband rushed me to the hospital.  The ride there was very scary because we had no idea what was going on with me.   I thought my ovaries had ruptured because this could occur with the condition I had.  My husband was there with me in the ER and once the nurses took me to see the ultrasound tech; he went to charge his phone to call his family about what was going on with me.

To my surprise after doing an ultrasound, the tech looked strange at the monitor and couldn’t tell me at first what she had saw.  I thought it was a mass; a tumor of some sort that she saw.  After she could tell me she told me to look at the monitor and so I did while in excruciating pain.  She said if you look closely you can see a head and the body!!!  What!!!!!!!  I had a living person inside me!!!!  I put things together and came to the conclusion that what I was feeling must be labor pains!!  You can imagine what was going through my head. 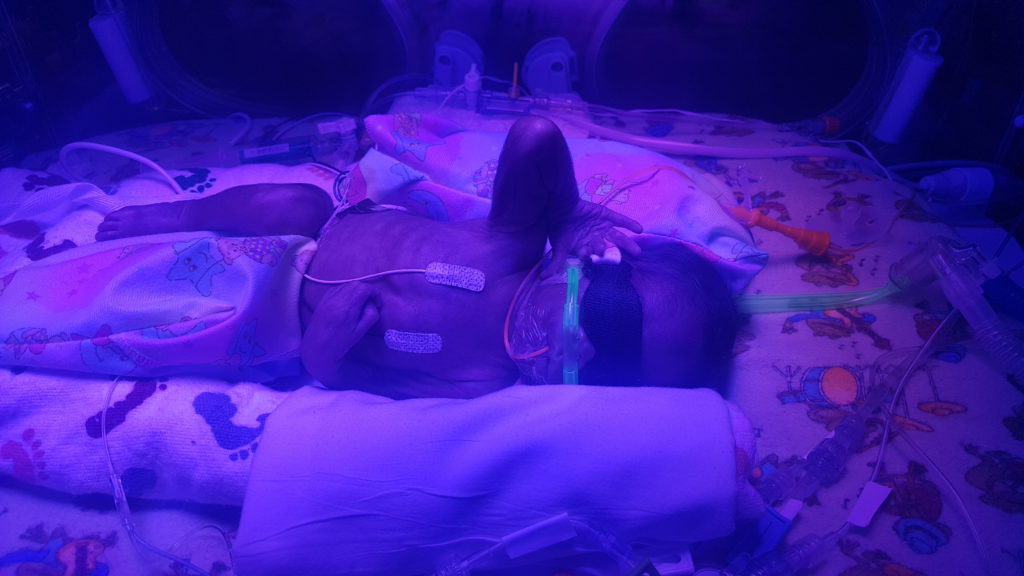 During this time my husband had gone to the car to charge his phone when the doctors called him and stated that I was in labor.  To his confusion, he told the doctor she had the wrong person because I was in the emergency room. But to his surprise they did have the right person and I was in labor!!!!  Not even 5 minutes in the birth center, our son was born at 28 weeks, 2 lbs. 13oz at 10:43am on Memorial Day!!!

My husband unfortunately had missed the delivery. Once he found where I was, he came in and was so shocked that although being a black person, he seemed so pale!!!  We both looked at each other in disbelief.  Family and friends could not believe their ears!!!

Our son was a Rockdale Medical for 67 days.  He was on oxygen on every level, the blue light for jaundice, had an infection and most scary, he had a grade 3 level brain hemorrhage on his right side. Our happiness turned into sadness but my husband was so strong when the doctor gave us that bad news.  The doctor had drawn a picture on the board of how it was and the future complications that could exist. Sick to my stomach I was after that. 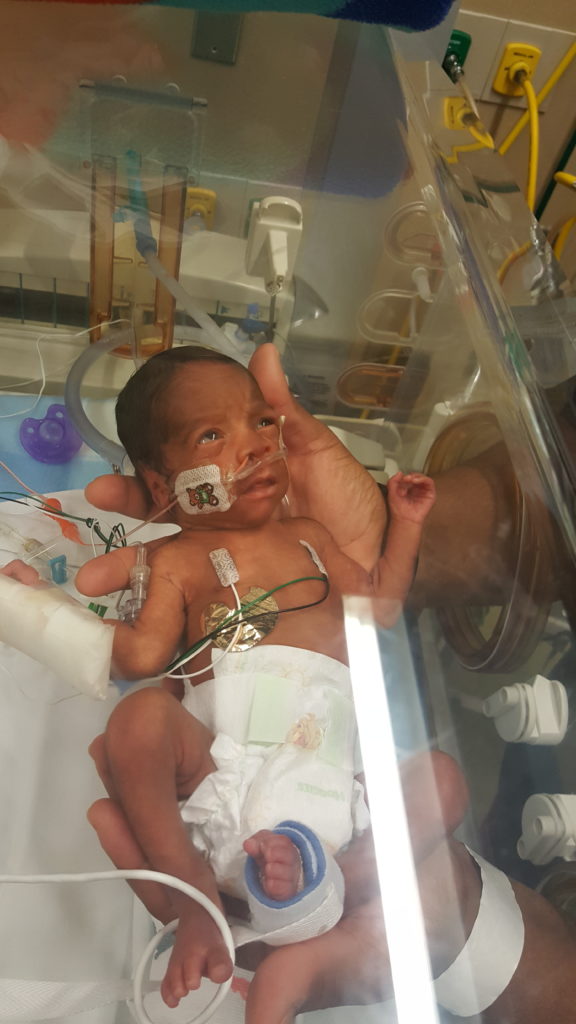 I finally was given a gift of having a child and was afraid of what the outcome of all of this could become. Family, friends and both my husband and I prayed fervently for many days.  Three weeks went by and with much relief; they stated that the bleeding showed it was clearing up!

When we first got to the NICU, I remembered seeing this woman with her child in a crib getting ready to go home.  I remembered how happy she was and I thought to myself how I couldn’t wait until the day my son was in a crib like that to take him home soon too!  Weeks went by and my little one was in that crib!!  I was so happy.  Around the same time I overheard that the mom and child I mentioned were outside in the waiting room.  I had to tell the mom how encouraged I was seeing her holding her child beside the crib every day.  It brought me hope and gave me the endurance to keep moving forward day by day.  So I did.  I told her that my son was coming home soon and we both cried and shared our experiences with each other. 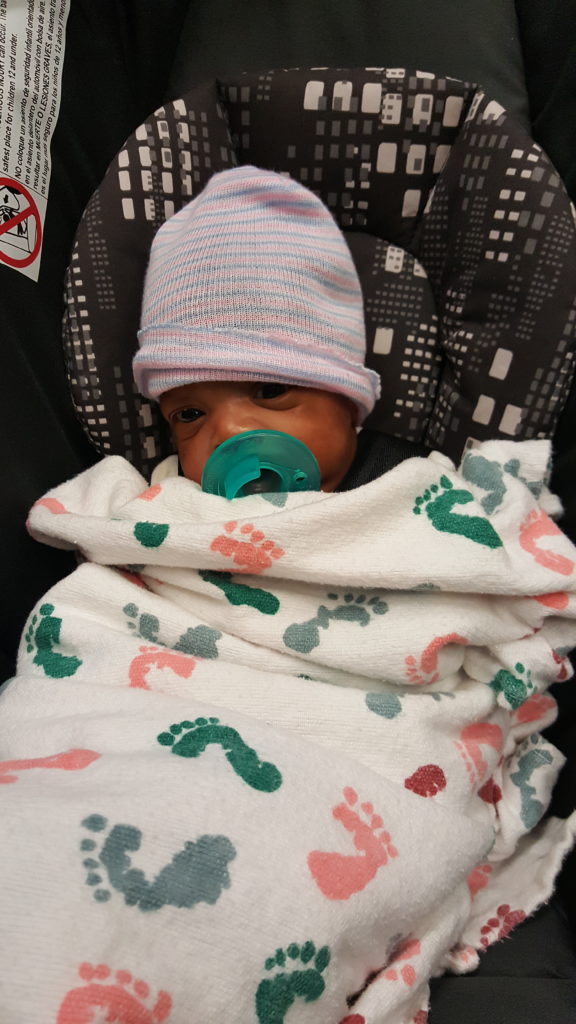 Through this experience, my husband and I have grown stronger, relying on God and each other to get through the hard times we faced.  We thank all those who helped us along the way and the beautiful nurses at Rockdale Medical for being strong for us as we saw our son Daniel Joseph become the strong baby he is today at 14lbs. 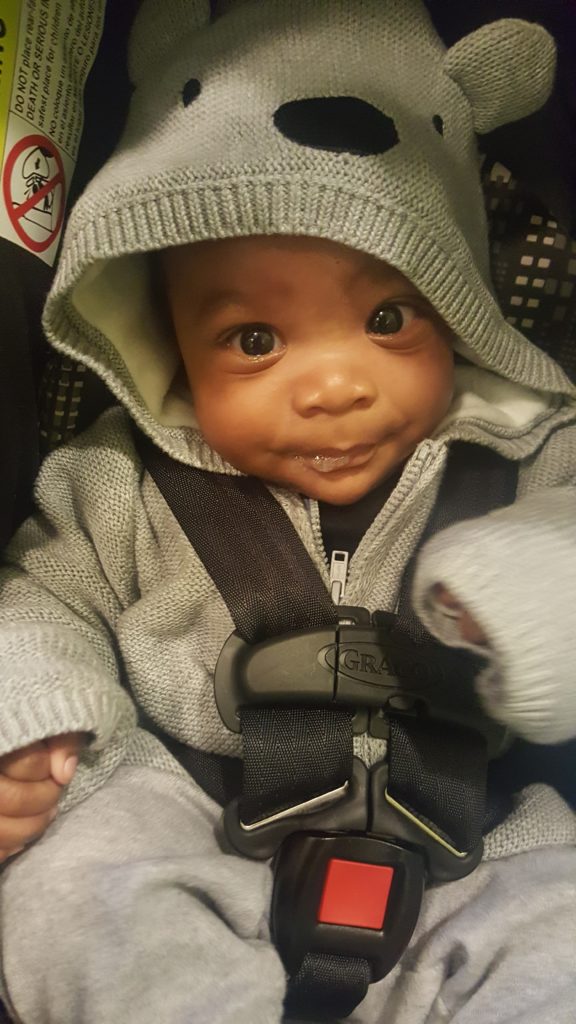 Thank you for allowing me to share my experience and pictures!