For Prematurity Awareness Month, we’re sharing Elisabeth’s story…
In April of 2015, we found out we were pregnant shortly after we found out we were adding a girl to our family of three! We were so excited and started planning and imagining our new life! Ean, our now 8 year old (who was 6 at the time), was especially excited to add a new baby to the family.
Then one day at work I felt like I was getting sick with flu like symptoms. I was so uncomfortable but when you’re pregnant you don’t have many options for medications to help you feel better. I called the doctor’s office and made an appointment for that day. But at the office they were too busy and sent me to labor and delivery. I guess they must have known something wasn’t right because during my check-up they discovered I was 5 cm dilated and didn’t even know it. 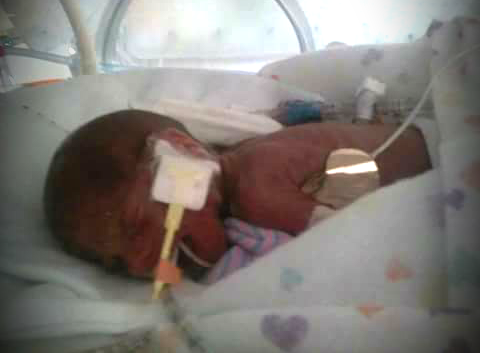 At that point, I was just 23 weeks and 6 days pregnant. Two days later, on August 28, 2015, I gave birth prematurely to our daughter RubySue Star. She weighed just 1lb 6.5oz and was so beautiful even though she was so little. But RubySue was sick, not just born too early sick but already very sick. On day 9 of her life we found out she had NEC. There was a tear in her intestines and she was not doing well. On Sept 6, 2017 she passed away.
We decided we wouldn’t try again so I began taking birth control, but to our extreme surprise in December of 2016 we found out we were pregnant again. We were so scared and so got prenatal care right away at just 5 weeks along. At that first appointment we were told our due date: August 28, 2017…. RubySue’s 2nd birthday in heaven.
That’s when we knew we were meant to have another baby.
I was put on weekly injections and received a cerclage to help keep this baby – another girl – inside. To our surprise I started having complications and I ended up on bed rest in the hospital. Unfortunately Harley Rose was born as premature as her sister, at 23 weeks and 2 days n May 3, 2017 weighing 1lb 4oz. After testing, the doctors found out I had a severe infection and we were lucky it didn’t pass to Harley. Harley had a grade 4 hemorrhage in her brain (Ruby had had a bilateral hemorrhage also a grade 4) – the worst a preemie can have. 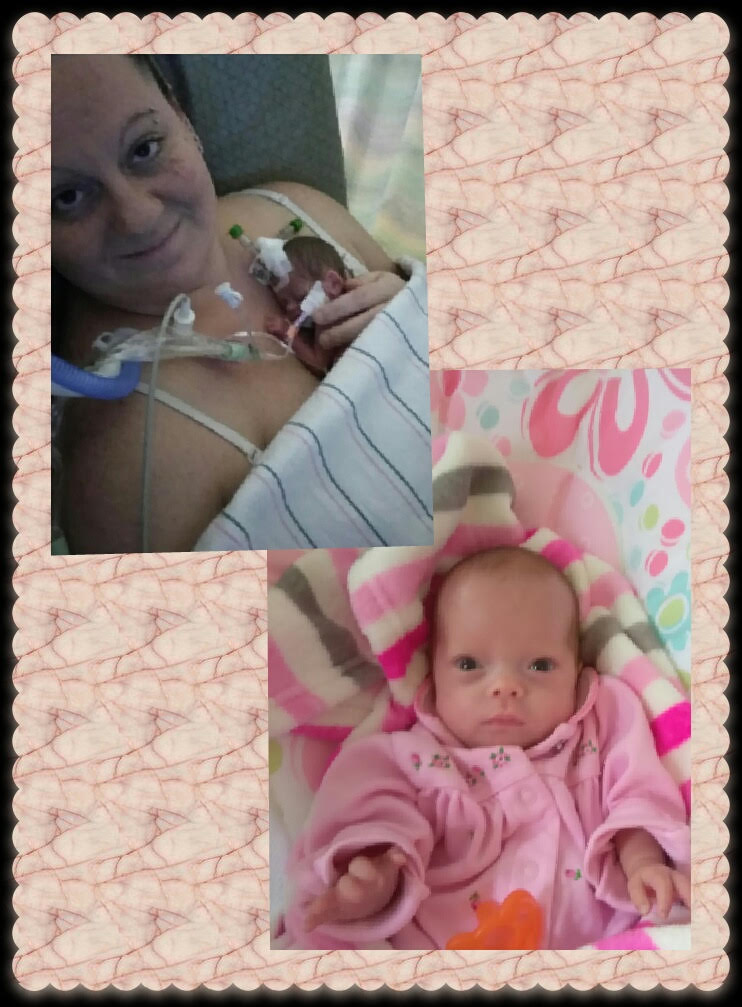 But Harley Rose came home before her original due date and has been defying all odds since birth. Today our “23 weeker” is doing very well – she is 9lbs 12oz at 5 months old – the same amount of time she was in the womb. She is our NICU miracle… our beautiful amazing blessed baby.
Categories: Bringing Preemie Home, Expecting a Preemie, GI Issues & NEC, Life After NICU, Life in the NICU, Mothers of Preemies, Parenting Preemies, Preemie Issues, Preemie Loss & Remembrance, Preemie Parent Voices
Tags: Stories Along the Preemie Journey