Prematurity Voices: Jessica and the Long Road to Home

My husband Trent and I were very excited to be bringing our second baby into the world, but little did we know this journey would be nothing like our first.

My pregnancy was perfect until I went in for my 18 week ultrasound. An ultrasound that was supposed to be exciting and joyous because that was the day we would find out whether our son Jason would have a little brother or little sister.

Instead, we found out that I had a shortened cervix, was dilated and that my bag of waters was coming through.

I was rushed to another hospital for a second scan and then to have emergency surgery for a cerclage. I was put on bed rest. We were going to have a boy.

A month later at 23 weeks, my water broke at 4 am on Valentine’s Day, 2013. I was rushed to the Nebraska Medical Center where I managed to keep Jared in for one more week. 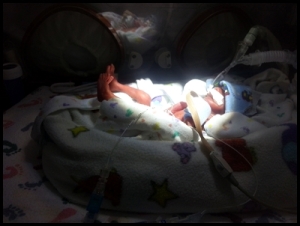 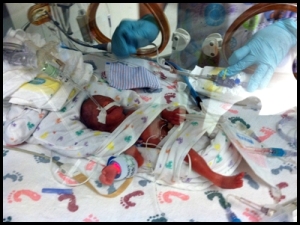 He was our fighter from day one. He had no brain bleeds, no digestive issues, but like most preemies had extremely premature lungs. He had multiple surgeries including laser eye surgery for his ROP, a tracheotomy, g-button and fundoplication.

After 272 days in the NICU, one day before his 9 month birthday, we finally got to bring Jared home. Although he is still on a ventilator and trached, he IS thriving at home and doing better than we ever expected.

Once Jared gets better, I plan on getting even more involved with the March of Dimes, with my goal being to become a NICU Support Specialist. Jared will turn 1 year old on February 21, 2014. 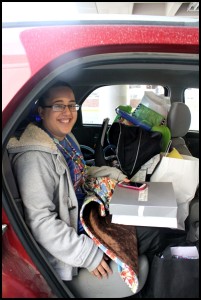 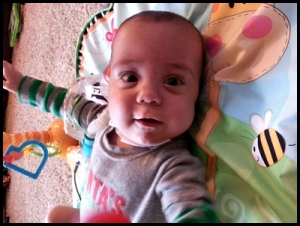 He is our miracle and he shows us the power of God every day.

To new preemie parents we say: Don’t ever lose hope!