Preparing People to Meet Your Preemie

Most of us reach adulthood without ever encountering images of babies other than the stereotypical plump, rosy-cheeked newborn. That means that people who are meeting or seeing a picture of a preemie for the very first time are often surprised or even shocked at how different a very premature infant looks from a full term infant.

Parents of preemies (particularly moms and dads of the very earliest preemies) find themselves having to field comments that are no doubt well intentioned but come off as insensitive. 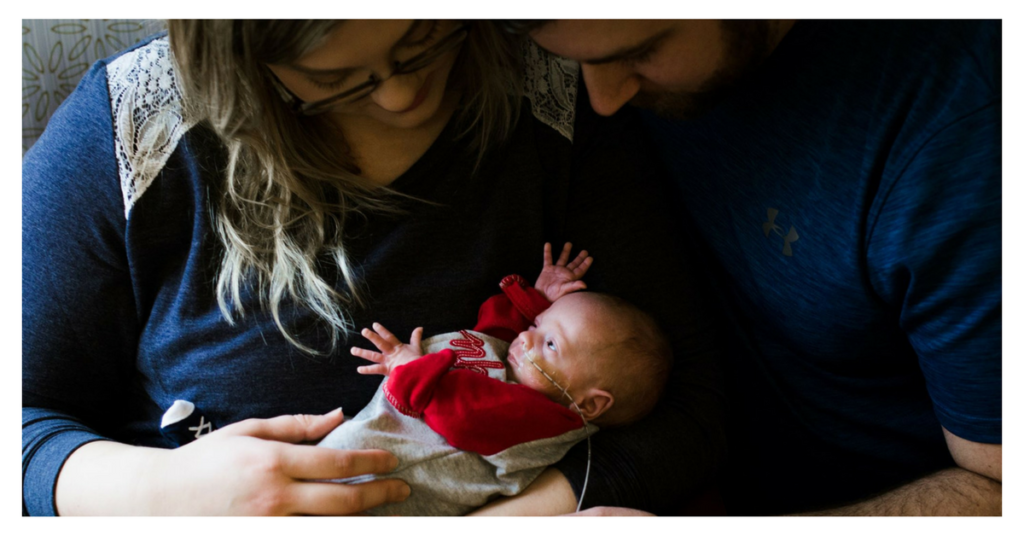 Comments like “She’s so red!” or “He looks like a little old man!” or “You can hardly see her through all those wires!” aren’t meant to be hurtful – usually, they are nothing more than the blurted out first impressions of people who are surprised by what they see.

And that’s just during the early NICU days. Parents who bring home preemies who require feeding tubes, breathing assistance, or other medical equipment continue to have to field comments from people who don’t know what to say. If nothing else, be prepared to hear “She’s so tiny!” for your preemie’s first year.

In an ideal world, the loved ones and friends of parents of preemies would take the time to research prematurity and its effects, and everyone would remember that all babies and children are beautiful in their own special ways. (As we’ve said before, when you don’t know what to say to the parent of a preemie, you’ll seldom go wrong with “Your baby is beautiful.”)

But it’s not an ideal world and sometimes having to encounter the unfamiliar can make people anxious or frightened. The best advice we’ve read lately is to think of introducing your preemie to your loved ones as an opportunity for education.

Explain that premature babies look quite different from full term babies – and maybe mention that both look very different from the idealized rosy-cheeked newborn we’ve all seen on television! Talk about the medical and specialized equipment they will encounter when they meet your preemie.

Try to give people a feel for how small your preemie really is, because most people can’t envision a one and a half pound baby, no matter how hard they try. Explain in detail what your family’s limitations are when it comes to visitors and outings.

In other words, let people know what to expect so they have time to process that information before they have a chance to put their feet into their mouths!

Now you tell us: What did you tell people to expect when they met your preemie for the first time, in or out of the hospital? What advice would you offer other preemie parents who don’t know quite what to tell family and friends who coming to meet their new sons and daughters?