As many parents of preemies know, writing can lead to healing. It’s no substitute for prematurity support, of course, but it’s something moms and dads can do when support is slow in coming or there seem to be no spoken words that can express the pain and fear that can accompany a baby’s early arrival. That’s why we’re so excited to be able to share an interview with Kate Hopper, preemie mom and author of Ready for Air: A Journey Through Premature Motherhood and Use Your Words: A Writing Guide for Mothers. She blogs at www.motherhoodandwords.com. 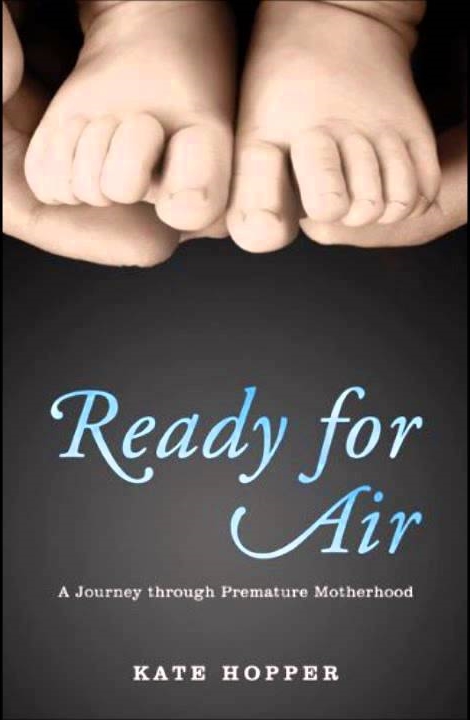 It was some years before you published Ready for Air. Did you need distance from that part of your parenting journey before sharing your story or was writing the book itself a process that took some time? How much did you write in the moment?

Stella was five months old when I began to write this book. One evening I went to the coffee shop by our house and pulled out paper and a pen. But instead of returning to the half-finished pieces I had been writing before Stella’s birth, it’s was Stella’s story that came out. I began with an image: my daughter, writhing on white blankets, beamed from the NICU into the television set in my hospital room days after she was born. As soon as that image was down on paper, other images followed. After an hour, there were tears in my eyes, and words covering the page. And for the first time since Stella was born, the world felt a little bigger, and I felt a little less alone.

I returned to graduate school the fall of 2004, when Stella was one. (I had had to withdraw when I got sick with preeclampsia.) Stella’s birth story became my thesis, and I finished half of the first draft of the book by the time I graduated from the program in 2005. I took the next two years to finish writing, and then I revised and found an agent. In 2007 and 2008 the book was shopped around for a while and rejected for being too dark, not having a market, etc. etc. This is when I decided to rewrite it from scratch. I had a better sense of what the real story was at that point, and I wanted to write it again with that in mind. So I printed out the whole manuscript, opened a new Word document, and started to write the book again, from the beginning. That process took another two and half years. I finished it (again) in September of 2011, and did more revising. It finally sold to University of Minnesota Press October of 2012. So it’s been a long time coming!

It’s really wild that it’s being published now, almost exactly ten years after Stella was born. I recently wrote a letter to Stella, which she let me post on my blog, and in that I talk about how the events of her birth have lost their hold on me. But it’s funny, because as soon as I start to read the book, I’m right back there in the NICU, full of fear.

You did a lot of research, going home from appointments or the NICU and reading or searching for more info. Sometimes what you discovered was less than reassuring but for you, learning more was maybe essential. How did having more information help you – why did you keep googling?

I feel like I can handle what’s happening if I really understand it. So that often leads me to my computer to do research, but it’s true that sometimes what turns up is much scarier than reality. One of Stella’s doctors in the NICU said, “Don’t Google. Don’t ever do that!” And I think, at least in that specific case, she was right. There is so much information out there, so you have to be sure it’s from a trusted source and it really applies to your child’s situation.

Anger seemed to be part of how you coped with stress. Did letting yourself get angry help you stay strong when you might have otherwise cracked?

I think it’s really important for parents in the NICU to be able to express the full range of emotions that they are experiencing. If you feel like you can’t get angry, that eats away at you in a different way, and primes you to blow. Talking and writing is how I process what’s happening to me, and I’m pretty in touch with my emotions, so it was important to note when I was angry and why and just give that emotion some space.

You’re very open about sharing many of the negative things you experienced in the NICU and afterward – things that preemie resources and stories often gloss over. Why did you feel it was important to share the bad in no uncertain terms alongside the good?

We were so grateful for the wonderful care that Stella received while she was in the hospital. But having a baby in the NICU is never easy and of course as a parent you will click with certain staff and not others. I really wanted to write our whole experience, and to do so without sugar-coating any of it. I wouldn’t be doing anyone a favor by glossing over the hard stuff, because of course there is always hard staff. 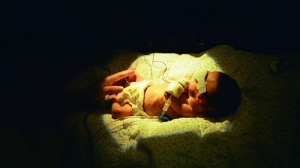 When I began to write about Stella’s birth and our experience in the NICU and the months that followed, I was coming out of that hard place, so I felt really passionately about getting down the truth of our experience in hopes that it would help another mother down the line. But it’s scary to really open up and write the ugly side of yourself and hard parts of your life (which is why people have a hard time talking and writing about those things). But it was really important to me to write myself and our experience as honestly as possible. I hope readers will see me as a human being navigating a challenging situation.

I always encourage my students to write toward their fears, write those things that they’re too afraid to say out loud. Because, as one of my students said, “Every time someone has the courage and honesty to write about [situations and emotions] that are difficult, it normalizes the experience for another mother down the line. And our shame and fear and isolation get broken down a little more.” I really believe that.

Your transition home went relatively smoothly, but then not so much. What helped you most during those days of isolation? Were you writing then?

When we brought Stella home, we were in quarantine for six months because it was cold and flu season in Minnesota, so I didn’t get out much, which was really hard. Especially because Stella had reflux and nursing was a nightmare. She cried a ton during those early months. What helped me the most was my family, especially my younger sister, who came over as much as she could to help out, keep me company, give me a break once in a while. My parents were also a great support, as were my friends. I just needed to see people, to talk to someone during the day. I also kept in touch with a woman whose baby was also in the NICU at the same time. We’d actually gone to high school together, but reconnected in the hospital. Her twins were born at 26 weeks, and she lost one of them. But even though our situations were different, it helped a ton to talk to each other. We were speaking the same language.

I wasn’t writing then because I was getting so little sleep that I could barely string words together to make sentences, but after a couple of months I began to read poetry, and I thought, If I can read a poem a day, I’ll have accomplished something. That helped me not feel so alone.

If I was doing it all over now, I’d do it differently. I’d pack up Stella and go to a drive-through coffee place every day, just to get out of the house. I wasn’t blogging back then, but I wish I had been, because I think that sense of community that develops through blogging would have been so supportive during those cold, lonely months.

Yours is a frank story of learning how to navigate motherhood with a preemie – what advice would you give to moms who are just starting out with babies in the NICU who find themselves in the same emotional space?

It’s so important for parents of preemies to have support. But it’s important to communicate what kind of support you need. I suggest starting a CaringBridge site, so your loved ones can stay informed and know exactly what you need. Have a friend set up and coordinate a meal calendar. Be very clear about rules and why (i.e.; no visitors, hand washing, etc.) It’s great if you can connect with other parents who have a baby in a similar situation, as well. Take breaks to go out to dinner. It’s so important to get fresh air, even when you’re in crisis.

The other thing I’d say is to stay true to your emotions. Give yourself space to feel sad, angry, hopeful, heartbroken, etc. With a baby in the NICU, your emotions are all over the place, and all of these emotions are valid and deserve to be recognized.