Understanding Prematurity – How to Talk to Parents of Preemies

A Resource for Family, Friends, and Supporters 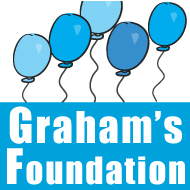 When a baby is born early and needs the kind of care only a neonatal intensive care unit can provide,it can be so hard to know what to say to the mom and dad standing watch over the isolette. When I was in the NICU with my daughter – even though she was relatively strong and her stay was relatively short – there were people in my life who retreated from my family because they were as afraid to say “Congratulations” as they were to ask “What does prematurity mean?” I understood their hesitancy because I was as unfamiliar with premature birth as they were, but it still hurt.

Being a parent of a preemie is tougher than most people know, especially in those early days when moms and dads are trying to figure out what prematurity will mean for their families while also coping with the challenges of having a baby in NICU. With that in mind, I’d never suggest that friends and family of parents of preemies say anything at all just to avoid saying nothing.

A report put together by the Inspire Preemie Support Community showed that 55% of mothers surveyed felt stressed out or isolated by insensitive comments (like how lucky they are to miss the later stages of pregnancy or to sleep through the night because nurses are caring for their preemies) and 20% described losing important relationships because of those comments.

While my daughter was in the NICU, I learned a lot about how to talk to parents of preemies because that’s where I met more moms and dads of premature babies than I’d ever encountered in my life. What I found was that simple compassion went a long way. These parents didn’t need advice or to hear more medical statistics. They didn’t necessarily want to hear about so-and-so’s cousin who was born extremely early and just graduated from Yale. And since then, as I’ve spent time with parents of preemies whose situations were much more dire than my own family’s, I’ve realized that talking to parents of preemies is easiest when I’m offering practical and emotional support. 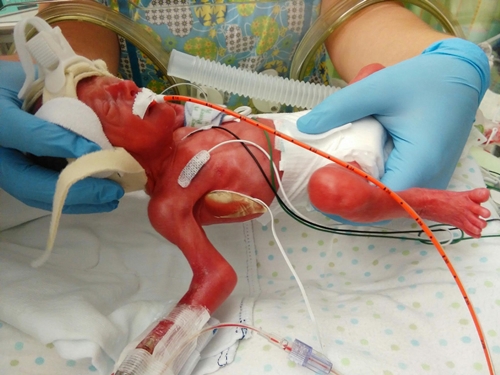 Parents of preemies, like all moms and dads, want to know that their friends and families feel joy, even if they’re also afraid. They want to know that other people think their babies are beautiful, regardless of the fact that preemies usually look different than full-term newborns. They need to be reminded that they are stronger than they realize and that prematurity is unfair and nobody’s fault. Parents of preemies also need to know that you’re ready to help and what kind of help you can offer.

And when you don’t know what to say, there’s nothing quite like “Do you need a ride to the hospital on Thursday?” or “May I bring you a hot dinner on Friday?” or “Let me walk your dog on Monday and Wednesday for the next few weeks.”

At the same time, remember that parents of preemies are experiencing a barrage of powerful emotions, from elation when a baby makes strides forward to intense anxiety when setbacks occur. I can remember feeling overwhelmed by long conversations – I wanted people in my life to feel comfortable asking questions about prematurity, but found answering them all exhausting in the beginning.

Moms and dads new to the NICU may need some time to process everything that’s happening before they’re ready to talk, but once they are ready, there’s no reason the conversation has to be uncomfortable for either of you.

About The Author: Christa Terry