People tell you everything changes once you become a parent.  They say that life as you know it will never be the same and that the happiest days of your life are about to unfold.  The day your child(ren) are born is supposed to be the best day of your life, right?  What happens when that day is also one of the worst and scariest days of your life? I’ve lived this twice and if you’ve ever had a premature baby, you know exactly what I mean.  The feelings of joy mixed with fear of the unknown.

I had my first child, a girl, in January 2012 at just shy of 27 weeks gestation.  In July 2015, I had another preemie –   A little boy born at 31 weeks. When my daughter was born it was an emergency c-section that happened within four hours of arriving at the hospital with pre-eclampsia and HELLP syndrome.  My son was born after nearly 4 weeks of hospital bedrest due to the same illness.  While the two experiences could not have been more different – they both resulted in a lengthy NICU stay. 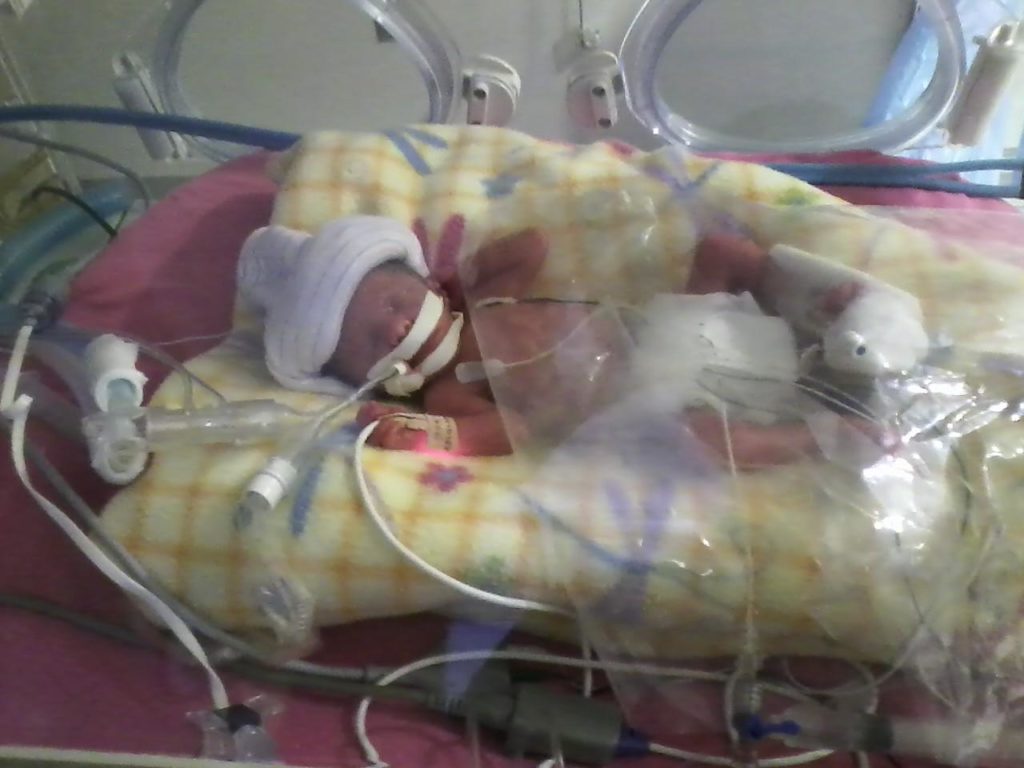 My oldest child sailed through the NICU as a feeder and grower, when you’re born at 1lb 9oz you have a lot of growing to do; but she had no serious complications. By the time she was two she had “caught up” and was meeting milestones as expected.  My son stayed in utero for 4 full weeks longer than my daughter – he was more than a pound bigger!  Surely his journey would be shorter and easier. Unfortunately, he suffered a pulmonary hemorrhage within hours of his birth and was on an oscillator for a month.  My world came crashing down again and all the “firsts” I had missed with my daughter and hoped to have with my son vanished.  I waited 9 long days to hold my first – it seemed like an eternity.  Little did I know that waiting 24 days to hold my son would nearly break me. 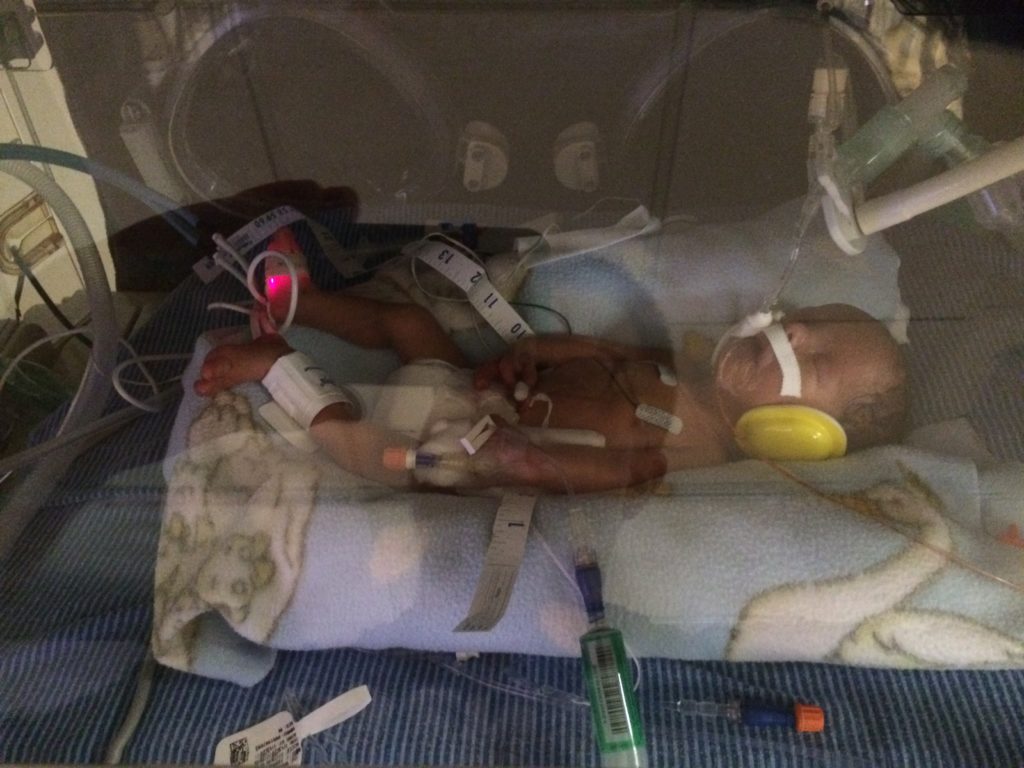 Over the course of his 91 day NICU stay he struggled with many things and did not have the “easy” NICU stay we had hoped for.  He is now two and nowhere near “caught up”.  He sees three therapists each week and is being followed by a host of specialists for a number of reasons.  We’ve reached that point in our journey that we are told daily that “he will do things in his own time” or that “we should be thankful he is here with us”.  While these statements are so very true, I want to encourage all preemie parents – whether they are navigating a NICU stay currently or left the NICU years ago – with a few reminders:

Allow yourself to feel. Grief, resentment, anger or whatever feeling it is that you are having.  Becoming a preemie parent is likely the most difficult thing you’ll ever do.  But you are doing a great job and the little person you are raising will know above all else that you love them and would go to the ends of the earth to take all this away and give them a different start.

Find your tribe.  When my daughter was days old we were fortunate enough to connect with a NICU nurse that has become part of our family.  She treats both my children as her own and they don’t know life without her.  She is my confidant and best friend and has been there for me through every step of this journey as a shoulder to cry on and a cheerleader to celebrate all of the accomplishments of my two beautiful miracles.  She has gotten me through many, many tough days both in the NICU and out.  You will find someone that makes this journey easier for you – let them help you, whether it is as a listening ear or letting you take a much needed nap.

The best thing you can do for your child is have someone that relieves your burden, even if momentarily. Also, if you have a spouse, be sure to try and find times to connect with him/her.  You’ll both have different feelings and reactions to all of the things happening and when you take the time to check in with one another it will make you both stronger.  My marriage not only survived two preemies; it is better because of all that has happened! 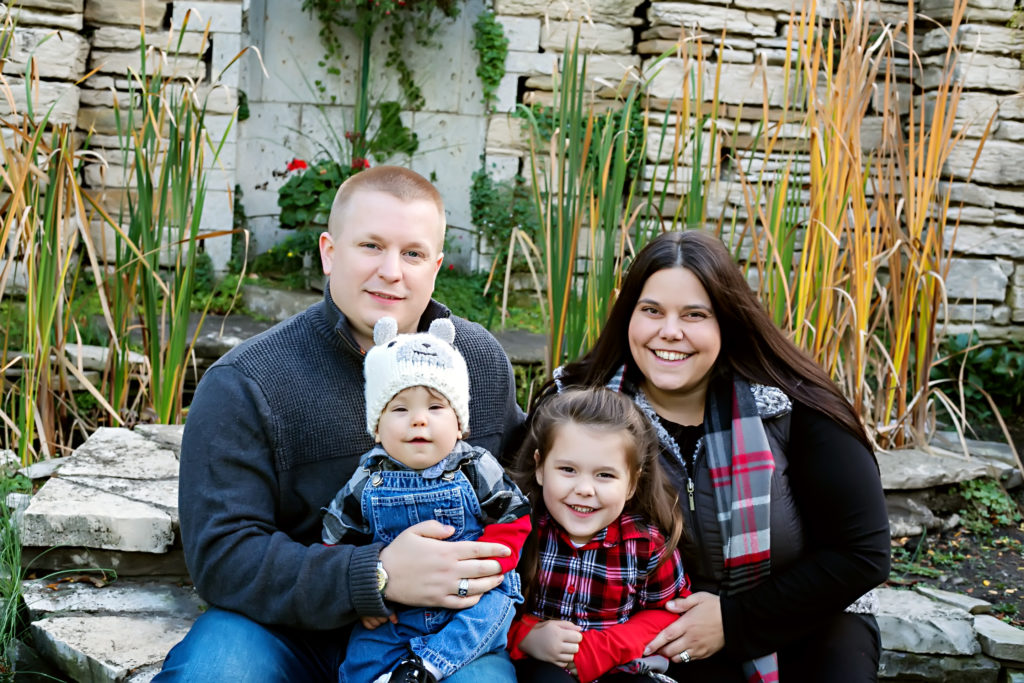 Connect with resources and/or other preemie parents. As I was going through my NICU journeys all I wanted was someone to know the struggle I was facing and not feel alone.  Some of the most comforting words are “me too”.  While your tribe can’t always fully understand what you are going through connecting with other preemie parents will often foster connections and provide resources for both the NICU journey and what comes after.  Some resources I found particularly helpful are:

Finally, remember you were chosen for a reason.  Being a preemie parent is the biggest challenge I’ve ever faced and I can confidently say that after nearly 6 years of being a preemie parent, I wouldn’t change a thing.  This adventure has taught me more than I ever thought possible and has given me an appreciation for my children that I truly do not believe I would have otherwise. I found this poem a month into our first NICU stay.  It brought me much comfort during that time in the NICU and now hangs in my children’s bedroom.  We have been blessed with these miracle babies.  They are here for a reason and I am fortunate enough to be able to be a part of their journey.

How Preemie Moms Are Chosen
by Erma Bombeck

Did you ever wonder how the mothers of premature babies are chosen?

Somehow, I visualize God hovering over Earth, selecting his instruments for propagation with great care and deliberation. As he observes, he instructs his angels to take notes in a giant ledger.

Finally, he passes a name to an angel and smiles. “Give her a preemie.”

The angel is curious. “Why this one, God? She’s so happy.”

“Exactly,” smiles God. “Could I give a premature baby a mother who knows no laughter? That would be cruel.”

“But does she have the patience?” asks the angel.

“I don’t want her to have too much patience, or she’ll drown in a sea of self-pity and despair.  Once the shock and resentment wear off, she’ll handle it. I watched her today. She has that sense of self and independence so rare and so necessary in a mother. You see, the child I’m going to give her has a world of its own. She has to make it live in her world, and that’s not going to be easy.”

“But Lord, I don’t think she even believes in you.”

God smiles. “No matter, I can fix that. This one is perfect. She has just the right amount of selfishness.”

The angel gasps, “Selfishness?! Is that a virtue?”

God nods. “If she can’t separate herself from the child occasionally, she will never survive. Yes, here is a woman whom I will bless with a child less than perfect. She doesn’t know it yet, but she is to be envied. She will never take for granted a spoken word. She will never consider a step ordinary. When her child says momma for the first time, she will be witness to a miracle and know it. I will permit her to see clearly the things I see– ignorance, cruelty, prejudice– and allow her to rise above them. She will never be alone. I will be at her side every minute of every day of her life because she is doing my work as surely as she is here by my side.”

“And what about her patron saint?” asks the angel, his pen poised in the air.

God smiles. “A mirror will suffice.”